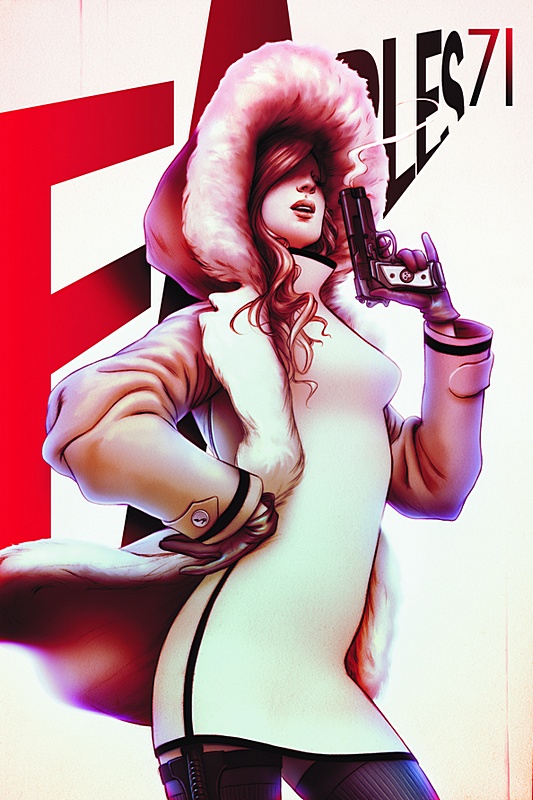 Yes, Fables, the fairy-tales-in-modern-times comic from Vertigo. According to The Hollywood Reporter, ABC has ordered a pilot–no indication that it’ll get picked up, but still.

“Six Degrees” creators/executive producers Stu Zicherman and Raven
Metzner are penning the script for the hourlong drama set at Warner
Bros. TV. David Semel has come on board to direct “Fables,” which revolves
around characters from fairy tales and folklore living in exile in
modern-day New York. “Their lives become interconnected in vary big way,” Zicherman
said. “They share a secret and a bond.”
Zicherman and Metzner wouldn’t elaborate which fairy tale
characters will be featured in the TV series, but noted that Big
Bad Wolf and Snow White, who are central to the comics, will have a
similar role on the show.
The comic book series’ first storyline followed Fabletown’s
sheriff, a reformed and pardoned Big Bad Wolf, who investigates the
murder of Snow White’s party-girl sister, Rose Red. “We set up a structure to allow any fairy tale character to show up
in any one episode,” Metzner said.

So…like the comic then. Well, the good news is that I think the concept is going to be interesting enough to ABC–who have proven themselves willing to air weird shit like Pushing Daisies–to be picked up as a series. But the bad news is that I’m more positive the concept will be too weird for mass audiences, and, also like Pushing Daisies, get canceled early despite being brilliant, and leaving a large hole in our collective, nerdy hearts.

So I’m consoling myself by running the above picture of Cinderella, who in Fables-world, is a bad-ass super-spy. I think that’s awesome on many, many levels, and would be incredible to see on TV…and I just depressed myself again. Dammit.