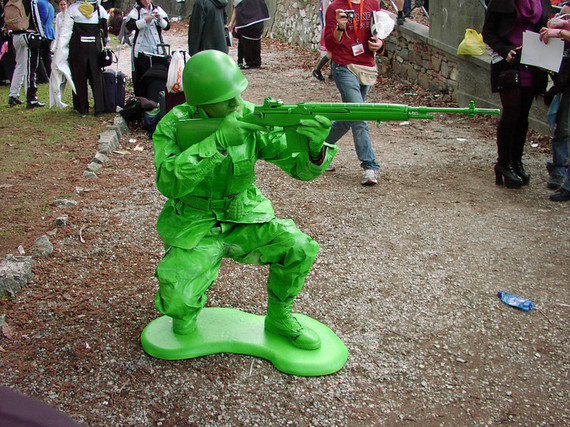 I had no idea! But this dude is actually cosplaying at the Lucca comic/game con in Tuscany, along with a whole bunch of reasonably attractive people–check out a huge gallery here. I only point out this guy because his costume is so awesome, and because a few minutes later, a group of young boys sprayed him with WD-40 and set him on fire, resulting in a large plastic puddle and his horrible death. So sad. (Via Danny Choo)