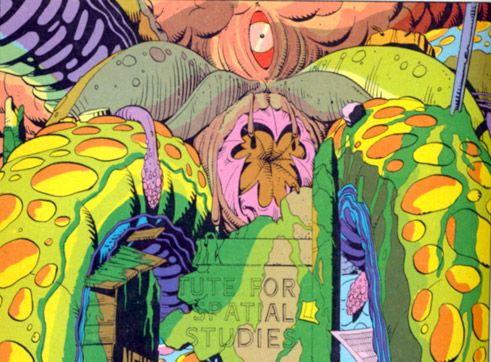 In case you didn’t read this elsewhere, it is my sad duty to inform you that the Watchmen movie is now officially fucked. On Christmas Eve–Christmas Eve!–Judge Feess, who was going to preside over the Warner Bros./Fox Watchmen rights shitstorm case, suddenly decided that Fox had the rights to the film after all.

So remember that all Fox has ever claimed is that they want to prevent the release of Warner Bros.’ film, which means they might refuse to settle. If Warner Bros. can’t fork over some of the film’s profits and has to appeal, big sis Nikki Finke says the Watchmen movie might not come out until 2011. Oh, and if you want to be even more infuriated about the whole thing, producer Larry Gordon–the guy who started trying to develop Watchmen with Fox, then universal, and finally with Warner Bros.–couldn’t even testify, because he said he couldn’t remember his little deal with Fox. Nice! And all of this for a lawsuit Fox decided to file in August, right after they saw how popular Watchmen was at SDCC. Ho. Ho. Ho.