Menu
Home
>
Cartoons
>
The 10 Most Underrated Christmas Specials Ever 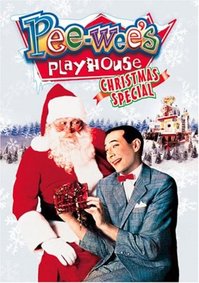 By this point in the year, you have probably placed yourself so deep in debt trying to buy the love of your family, friends and significant others that you’re ready to pull a D.B. Cooper and drop out of society. So is it to much to ask that you get some decent holiday programming to watch before you have to pay January’s credit card bills? It’s small comfort to your wallet, but there’s a world of Christmas viewing choices other than Rudolph the Red-Nosed Reindeer, How the Grinch Stole Christmas, Frosty the Snowman and A Charlie Brown Christmas. Because of infrequent repeat showings, botched home video releases or good old-fashioned forgetfulness and public indifference, there’s a ton of wonderful holiday shows that deserve way more love then they are getting. So pour yourself some heavily spiked egg nog and check out this (somewhat Muppet-heavy) list of the most underrated Christmas specials of all time.

10) ‘Twas the Night Before Christmas

Rankin-Bass presents this 1974 adaptation of Clement Moore’s classic poem in which Santa gets pissed at an entire town after he reads a letter in the local newspaper questioning his existence. As the community rallies to convince St. Nick that they do in fact believe in him, a mouse watchmaker teams with his son–the overly intelligent brat who wrote the anti-Santa screed–to make things right and save the holiday. Highlighted by the empowering “Even a Miracle Needs a Hand” song, this show is the only holiday special in history that features a skeptic/plague-carrier in a leading role.

9) A Wish for Wings That Work

Bloom County creator Berkeley Breathed may not be a fan of this adaptation of his children’s book, but it’s more than good enough for the rest of us. Produced by Steven Spielberg while he was making Hook (which explains the vocal cameos by Robin Williams and Dustin Hoffman), the special follows Opus the Penguin as he attempts to learn how to fly. Accompanied by the eternally burnt-out Bill the Cat, his journey to take flight turns into a comedy of errors that makes viewers yearn for more Opus adventures. With Breathed recently ending the Opus comic strip, that may just happen. Here’s hoping.

Just released on DVD (though minus the Kermit the Frog opening thanks to the same goddamn kind of legal issues that cut him out of the home video releases of Emmet Otter’s Jug Band Christmas), The Christmas Toy follows stuffed animal Rugby the Tiger as he learns the hard way that he isn’t always going to be his owner’s favorite plaything. The special’s exploration of what toys do when they aren’t being played with was similarly examined–or if you like, ripped off–by Toy Story. But Buzz and Woody don’t have a fraction of the charisma that Rugby and his friends possess.

7) Olive, the Other Reindeer

Blending elements of traditional and 3-D animation to bring to life the visual style of the book it was based on, Olive, the Other Reindeer made its TV debut in 1999 on FOX. Produced by Matt Groening, the cartoon tells the story of a dog suffering from an identity crisis who becomes convinced that she has to help Santa save Christmas. From this threadbare plot comes an enjoyable and dare I say touching story about determination and acceptance, heightened by Drew Barrymore’s great vocal performance as the titular canine. It’s also a great example of a kids program that teaches a lesson without hammering its point home or talking down to its intended audience. (Cough *Ziggy’s Gift* cough).

It’s now a holiday special clich? to parody A Christmas Carol, but that wasn’t yet the case when this debuted in 1962. Taking the form of a bizarro Broadway musical staged for TV (fitting since songwriters Jule Styne and Bob Merill also wrote Funny Girl), the show has the stubborn and nearsighted Magoo perfectly cast as as the miserly Scrooge. Although there’s plenty of laughs to be found, Mr. Magoo’s Christmas Carol secret weapon is its fantastic songs, especially the way-depressing “Alone in the World”:

If I can stop crying, I’m gonna go get a drink. Jesus.

How can a fat load like Santa Claus possibly fit down tiny chimneys? That simple question posed by Oscar the Grouch sent the denizens of Sesame Street into a tailspin in this 1978 special. While Big Bird nearly has a breakdown trying to figure out if he’ll get gifts on Christmas, Ernie and Bert deal with holiday shopping woes and Cookie Monster attempts to contact Santa without much success. With so much tumult gripping the Sesame Street gang, it’s a wonder the denouement didn’t turn out to be something out of a Yuletide Taxi Driver.

A time capsule of what Sesame Street was like in those glorious pre-Elmo days, the special juggles several plots with aplomb while also allowing Oscar the Grouch (in full-on prick mode) to put doubts about Santa’s existence in the minds of children everywhere. And that’s not even mentioning the hilarious bit where Cookie Monster eats his typewriter.

Ricky Gervais’ workplace comedy was given a perfect send-off in this two-part finale that originally aired in the UK in 2003 over the course of two nights. Giving the romance between Dawn (Lucy Davis) and Tim (Martin Freeman) a satisfying conclusion and (literally) granting Gervais’ David Brent character the last laugh, the special excels at being both the series’ swan song and a contemporary Christmas classic.

The oft-promised Pee Wee Herman comeback doesn’t seem to be happening anytime soon, but at least we’ll always have Christmas at the Playhouse. Campy and completely over the top (um, Grace Jones, hello?), the special is a testament to exactly how much Paul Reubens understood what Christmas is truly about–overindulgence.

From 1976 to 1981, Johnny Cash ushered in the holiday seasons with a series of Christmas variety specials that proved that even the Man in Black could lighten up sometimes. By including appearances by rock stars and comedians (including Steve Martin and Andy Kaufman), these shows managed to appeal to everyone from Hee Haw fans to Saturday Night Live viewers. Shout Factory has begun releasing DVDs of the specials, giving audiences who may only be familiar with Cash’s series of American Recordings discs a chance to see him in a different, more festive light. Or they may just remind people of the Dewey Cox variety show segments from Walk Hard, and that’s fine too.

Jim Henson’s first major Christmas special was 1970s The Great Santa Claus Switch, and by the end of his too-brief life he had perfected the art of creating holiday programs that were the perfect amalgamation of humor and sentimentality. Never was this more apparent than in this 1987 special that brought together all of his Muppet creations for a holiday celebration at Fozzie’s mom’s house. As the above clip featuring the Swedish Chef and Big Bird proves, there’s a certain giddy joy that comes from watching characters from various franchises interact. The Muppets, the Sesame Street gang and the Fraggles all get their moments to shine during the special’s 45-minute run time. But the true magic is found in the final scene, in which Jim Henson makes a rare on-screen appearance to marvel over the fun his creations are having. Viewed after his untimely death, this moment is both quietly devastating and a welcome reminder of the joy that Henson gave audiences throughout the years. Unfortunately, the various official DVD releases of this program butcher key songs and character moments. There’s a torrent of the fan-created reconstruction of the original broadcast floating around on the Internets. Track it down and make it a part of your annual holiday viewing.