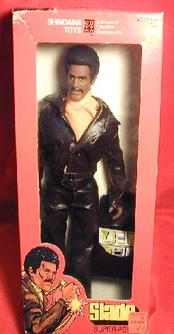 You don’t have to be an insane toy collector to have seen the poor Quality “Spaderman” and “Ham Yolo” figures that occupy dollar stores, sketchy mall stores and the really good flea markets. Toy bootlegs are one of life’s little nerdy joys. But sometimes, these knock-off toys are not made by lazy ethnic people in faraway lands (who do not care which part of spider-man is red and which part is blue) but by real, respected toy companies, who certainly know better. Why would these companies risk legal action and disdain? Well, the answer is cash, either to ride the coattails of another hot toyline, or to provide a figure for a popular series or franchise without having to pay all those silly licensing fees. Here now are the 9 most blatant knock-off action figures, where the manufacturers actually left their name on the package (although they probably shouldn’t have). 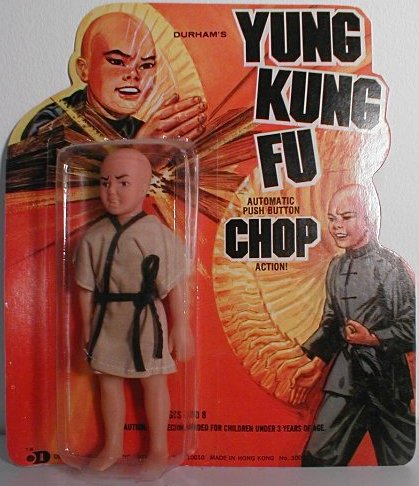 “Never pay royalties, grasshopper!” When Durham released this action figure in 1974, it’s inspiration was obviously the classic David Carradine TV series Kung Fu, which was the exploits of the slow-moving, flashback-laden shaolin monk Kwai Chang Caine. In this instance, Durham added the word “Yung,” an ancient Chinese spell to protect from litigation.

Tomlands wasn’t a very well-known toy company, but they didn’t have to be to make fake Star Wars toys in 1978. For the most part, the Star Raiders line consists of a rather generic group of groovy aliens that some department store catalogs tried to sell as the “Cantina Creatures.” However, a few of the figures go to that galaxy far, far away, especially the furry Flash. That hoody and spandex pants combination isn’t fooling anyone, Wookiee. 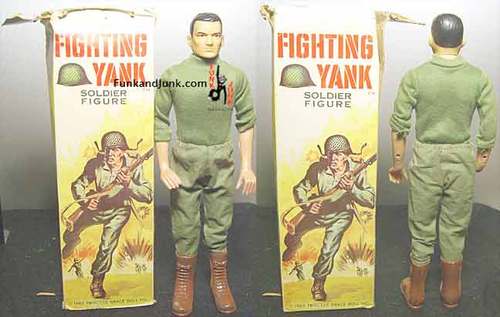 When Hasbro created the world’s first action figure in G.I. Joe (which is to say a doll which they called an action figure so boys would actually buy it) they also had the foresight to include a design error, that if copied would be able to help them spot a knock-off. The infamous reverse thumbnail would be cause of many a sleepless night at Mego Corp, who in the ’60s decided to launch their “Fighting Yank” brand of 12-inch fighting man. Unknown to the folks at Mego, the factory in Hong Kong simply copied Joe’s plastic body, body defect and all. Hasbro scrambled the troops (in this case their Legal Team), and Fighting Yank would be M.I.A. until resurfacing with a new body and heavily sideburned face in the ’70s. 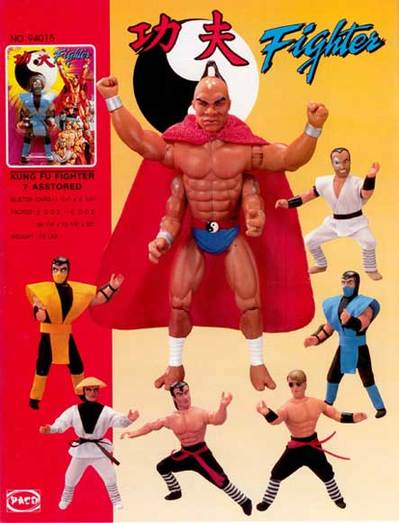 The Paco toy company was mostly known for creating generic cowboy, solider or pirate action figures that you normally received while visiting a museum gift shop. They crossed the boundary from generic into rip-off with these impossible to deny Mortal Kombat clones in the early ’90s. 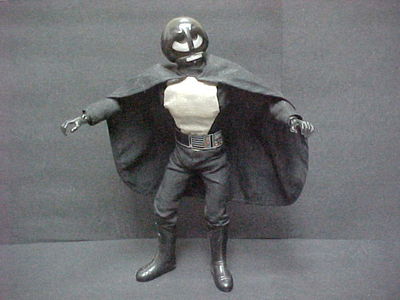 While Kenner was busy selling kids an empty box at Christmas ’77, (look it up) Ideal Toys rushed to the stores with their Lucas-like product hoping to appeal to kids who had no other choice for Star Wars-ish toys and confused parents who didn’t really care. Leading the charge of this ersatz group was the laughable Knight of Darkness, who, with his phallic head and large nose, looked less like a Dark Lord and more like a distant cousin of the Sith.

Azrak Hamway was known for their multitudes of low-cost licensed “shut up” toys that, like booze, made grocery shopping for  parents just a little more bearable. While they produced fun but questionable toys for Planet of the Apes (like apes in helicopters), the one thing they didn’t have was the license for action figures, which of course, didn’t stop them from making some. Thus the poor quality “Action Ape-man” were born, a whisper-thin imitation of the famous monkeys with guns. It wasn’t the monkeys that started throwing the poo however; it was lawyers working for Mego, the legitimate holder of the Apes action figure license, and Azrak’s apes were quickly put to sleep. 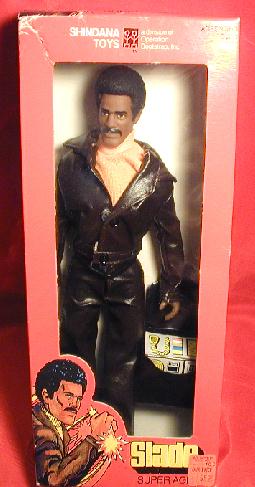 Shindana toys made action figures of African-American celebrities such as Julius Irving and OJ Simpson (back when he was a good guy) but oddly they decided to play it generic when it came to making a figure of the black private dick that’s a sex machine to all the chicks, John Shaft. While nobody was competing for the Shaft license, Shindana released the uber cool Slade in his place. Looking every bit like Richard Roundtree, Slade was Shaft in everything but name, and came with some awesome accessories such as guns and a briefcase full of money. Slade holds the distinction of being the coolest item on this list and was the only one that didn’t need to be faked, but was anyways. 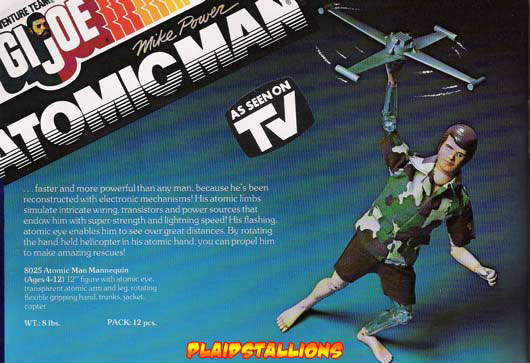 Legend has it that an exec at Hasbro had the big idea to license the popular Six Million Dollar Man series but was rejected. So Hasbro decided to make their own bionic hero, and thus Mike Power, the Atomic Man and latest member of the G.I Joe Adventure Team, was born. Mike was a scientist who decided to replace his own crippled limbs by himself, and thus the results were somewhat mixed; he definitely had a “factory used” look about him when his clear robotic limbs were attached to his human body parts. However, Mike Power sold well until Kenner’s legitimate Bionic Man and his with roll-away skin and bionic eye made Mike look like the knock-off he was.

New Zealand-based toy company Lincoln International decided to put on a set of brass ones and release this obvious-to-anyone rip-off of everyone’s favorite Vulcan. Poor Mr. Rock looked more like Tony Randall than Leonard Nimoy,  and even his own toymaker seemed to hate him, saddling him with a pink Hello Kitty-esque radio and forcing him to pretend it was a tricorder. Mr Rock looked like that guy who only had a few hours of preparation for the big Star Trek convention.