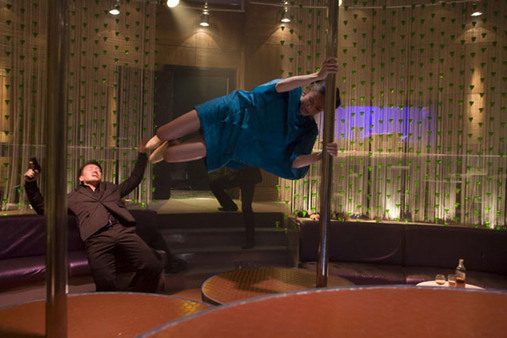 Man, how often have we nerds wished for a Chun Li/Street fighter movie, where Chun Li would be wearing a blue poncho, or perhaps having a bed sheet draped over her for her fight scenes? Looks like the upcoming Legend of Chun Li movie is going to fulfill all those wishes and more! Still, nice gams. (Via Kotaku)