Menu
Home
>
Comics
>
The Marvel Universe Is in Great Shape 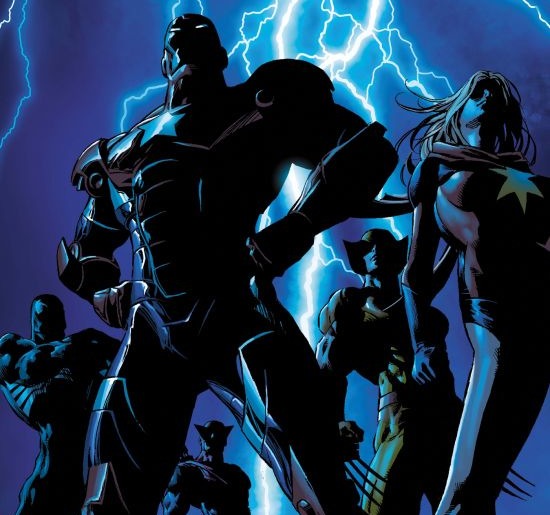 The Secret Invasion ended yesterday, and the Marvel universe is doing fine…assuming by “doing fine” you mean “totally fucked.” Basically, the Skrulls are pretty much done invading, although they did steal one superbaby (Luke Cage and Jessica Jones’ tot), Iron Man got fired from SHIELD and turned immediately into a criminal, and–I shit you not–Marvel President Obama replaced him with Norman Osborn. The Green Goblin. Who’s now in charge of everything, and immediately started a Legion of Doom with White Queen, Doctor Doom, Namor, the Hood, and the hot chick Loki, but with the resources of SHIELD.

There’s a lot of hoohah on the nerdernet today about these changes (as per usual), but what I’m most perplexed by is the Avengers, who were always my favorite team. Now, as far as I can tell, there are (or shortly will be, according to Previews solicits) THREE different Avengers teams. I’ve been trying to figure out whose on what teams all morning, and I’m still not sure–I think you’ll understand why when you see the rosters. If anyone corrects me–and Marvel folks, you’re certainly welcome to as well–I’ll update the article.

I’m sure the double Spider-men and Wolverines are intentionally confusing, but I’m extra confused because I’m looking at three different issue solicits for each team, and the roster seems to be changing for each team each issue. I have no idea if the line-ups above are how the teams start, if these are the rosters they end up with, are a transitional roster, or some mix of the three. So…yeah. If anyone can clear this up, please email me at toplessrobot(at)gmail.com.