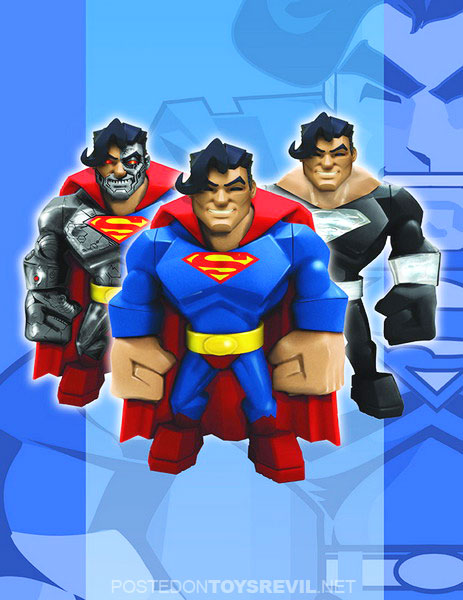 Seriously, DC has started making these UNI-FORMZ figures, of DC superheroes in Hong Kong vinyl toy style, I assume because Hasbro has done pretty well with its Marvel Mighty Muggs. Now, obviously, while Hasbro’s going the cutesy, SD look, DC has picked the other end of the spectrum with its highly stylized funkiness.

I hate them. Actually, I just didn’t like the Batman one, but I hate these Superman figures. Actually, I kind of dig the illustration in the background, but these figures just fail to capture any of the style of the art. Blecch.

Is it shitty of me to write a post about how I arbitrarily hate a small set of toys? Probably. But it certainly won’t be the worst thing I’ve done today. (Via Toys R Evil)