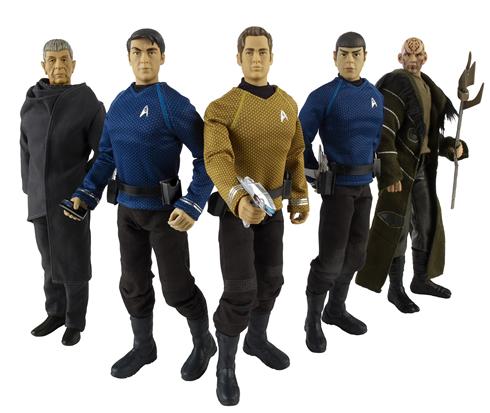 USA Today has the scoop on the rest of the new Star Trek movies toys from Playmates, and–REALLY?! USA Today? Why the fuck do they care about Star Trek toys? How bizarre. Anyways, so can see the rest of the 6-inch line above: we’ve discussed Kirk/the gay assistant from Ugly Betty yesterday, and Dr. McCoy looks prety good. Eric Bana’s evil alien has a tiny head and large protuding ears, but since he’s an evil alien, I’ll let it slide. But Spock…Spock actually looks like McCoy dressed up as Spock, and old Spock looks like someone put the new Spock figure in the microwave for a couple of minutes. 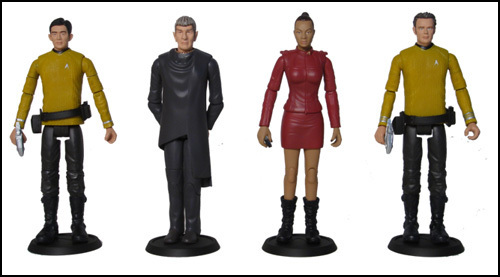 Happily, these 4-inch figures–shown over at The Fwoosh–look much better. So really, by only making the minorities in the 4-inch scale, Playmates isn’t being racist but instead doing Sulu and Uhura a favor. Close call!
Tweet Pin It