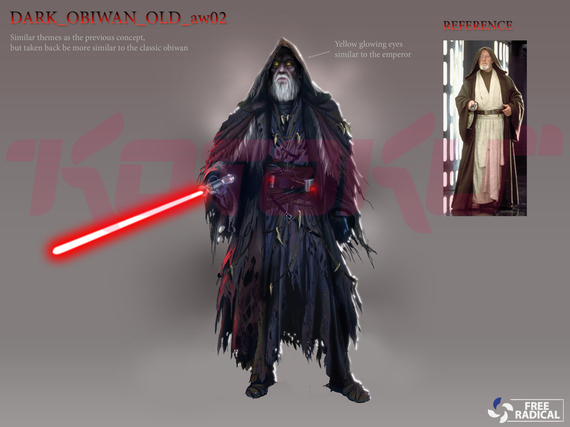 Holy. Living. shit. what you’re looking at is concept art for the shitcanned version of Free Radical’s Star Wars: Battlefront III, where among other crazy-ass things, Obi-Wan went to the Dark Side! Gah! Look how badass he looks! Apparently, the game was passed to another developer for reasons unknown, which sucks because their game was going to allow you to seamlessly get into ships, fly from the planet into orbit, andthen into other ships–and god only knows what the new guys will do. So torture yourself by checking out more Evil Kenobi concept art and preposterously awesome leaked game footage found by the gents of Kotaku. And then join me as I weep huge, nerdy tears for the awesome Star Wars game that we almost had.