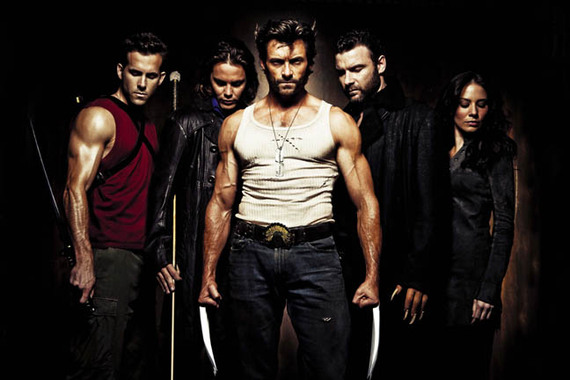 Apparently, X-Men Origins: Wolervine director Gavin Hood is currently filming a fuck-ton of reshoots for the movie, and some nerds are worried. There’s no need to be, says Hugh Jackman, who emailed Ain’t It Cool’s Harry Knowles with some skinny and the above pic:

I wanted to reach out and let you know that due to scheduling conflicts
with certain cast members and location/weather considerations, we had
to wait until now to shoot a couple of scenes. Please rest assured that
WOLVERINE will be badass and hopefully meet all of your expectations. I
am stoked by the positive response to the teaser, which clearly
reflects the tone and scope of the film. If you like that, we’ve got
much more in store!

Whatever. Reshoots are bad news 95% of the time, because usually it’s the studio mandating things be dumber. However, since the original director is handling the reshoots and both Jackman and folks like the guys at /Film say the new shots are to bring the film up to Dark Knight standards, maybe these are actually a good thing. I can’t bring myself to get too worked up for it, because while I’m looking forward to Wolverine, I have no expectations of it being a Dark Knight.

Besides, I’m much more concerned with why Deadpool, Gambit, Sabertooth and Silver Fox are looking down in shame in the picture. Did Jackman just fart? Can they not handle the sight of Jackman’s preposterously ripped arms? Are they all saying a prayer, and Jackman is the godless atheist? I mean, I’d understand if everyone was looking down except Ryan Reynolds as Deadpool. That sleeveless red leather vest is the most embarrassing thing ever.