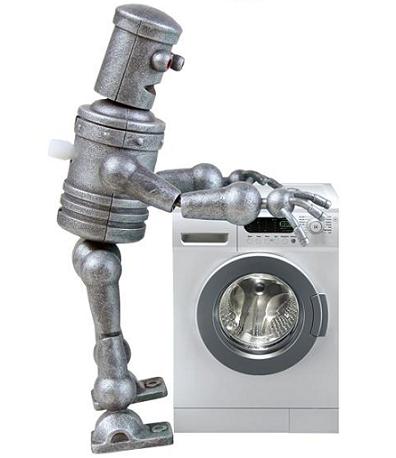 Besides our adorable pal Nyarlethotep, SOTA Toys released this image of its first Robot Chicken toy, the Humping Robot. The bad news: the washing machine is not included. The good news: it’s actually a wind-up toy, so the humping action is included. It’s due in March for $17; you can pre-order it here if you want something to dry hump your other action figures repeatedly (and who doesn’t). I honestly don’t know what other RC figures SOTA might make–maybe the chicken, maybe the nerd, but most of the best sketches are the parodies of other licensed characters, which they can’t make. Still, if our company can announce that its making both a diabolically evil Elder God and a humping robot in the same day, your company is clearly doing something right. (Via Nerd Approved)