In a stunning upset, the “What are you, retarded? I’m the goddamn Batman” line (abbreviated, I know) from Frank Miller’s All-Star Batman was knocked out in two rounds by this utterly amazing word balloon from newcomer Tarot: 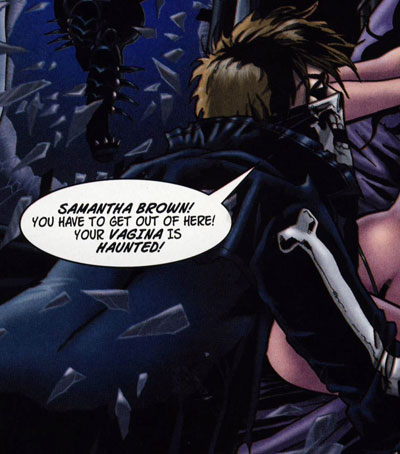 If you want to know the story behind it–and you don’t, really, I promise–head over to Chris Sims’ Invincible Super Blog. It won’t make the line any better, honestly.