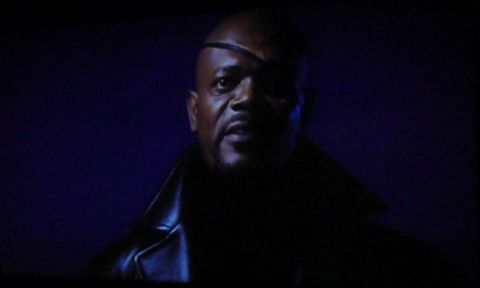 You’ve probably already seen the news that Sam Jackson has signed a deal with Marvel’s movie company to reprise the role of Nick Fury in not one, not two, but nine different movies for an undisclosed sum. This is good news on a number of levels, not least because it appears Marvel is at least partially willing to pay movie stars to their satisfaction again (although god only knows what the deal is with Mickey Rourke and Iron Man 2). But what nine movies could they possibly be talking about?

Iron Man 2 is a given, along with Captain America and the Avengers flicks. That’s three for sure. I guess the next likeliest is Thor, although I wonder how much non-Asgardian stuff will actually be shown in the movie. I doubt Fury’ll show up in Edgar Wright’s Ant-Man, since I believe that’s supposed to be a comedy with no ties to the Marvel movie-verse, but there could be a Nick Fury solo movie, which could be cool. At best we have five, with four more TBD. Given what Jackson’s been willing to star in over the last few years, I doubt he even cares.