Menu
Home
>
Movies
>
Seriously, a Transformer WITH A F#$%ING CANE 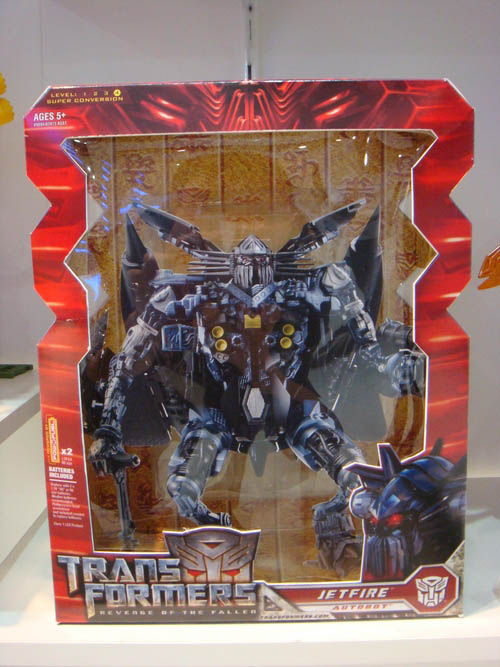 You’re looking at the toy of Jetfire, from Transformers: Revenge of the Fallen. You might be pleased to know that the toy does combine with Optimus Prime, which means he’ll likely do the same in the movie (although the idea of Optimus combining with another robot kind of makes him less cool, in my opinion). You might be less pleased to look on the lower left, where the robot — let me restate that, THE FUCKING ROBOT — has a cane.

Because he’s an elderly robot. Which means he’ll almost certainly be an incontinent robot as well, and will involuntarily pee on John Turturro. Maybe all the Autobots will be on John Turturro. They can just have a big piss party in the middle of the movie. and then Michael Bay can come to each theater, and piss in each audience members mouth directly. That would be awesome.

FUUUUUUUUUUCCCCCCKKKKKK (Via Tformers; thanks to Krik K for the tip)