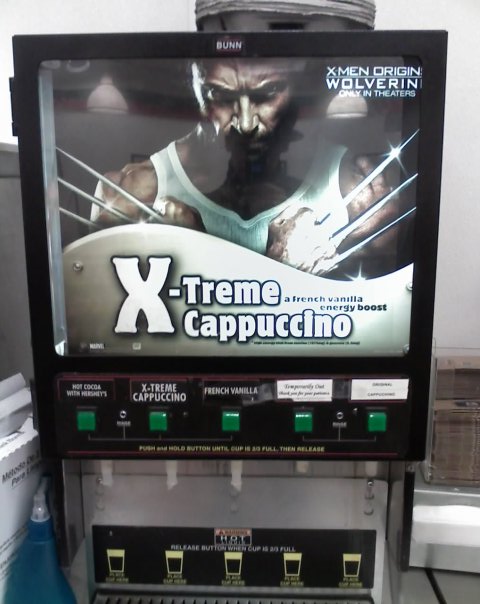 Fox really, really wants you pirating nerds to watch X-Men Origins: Wolverine in theaters. Wait, let me amend that. Fox really, really wants you to buy a damn movie ticket for X-Men Origins: Wolverine; they probably don’t give a damn if you enter the theater or not. But in hopes of either, Fox has announced there will be “multiple endings” to the film, which are actually just bonus scenes after the credits. But they’ll be in random theaters, so you’ll have to watch the flick in different theaters to see the different scenes.

I understand why Fox did this, and I’m down with it. I don’t think it’ll work, since these things will be on YouTube by the end of the weekend, but it’s a nice try. Also, while I don’t know how many different “endings” there are or what they’ll be, First Showing says one stars Deadpool, which might involve your favorite character cutting open his mouth or something. It won’t exactly make his arm swords or teleporting powers go away, but it’s might be a step in the right direction, right?

Oh, TR reader R. Rocket sent me the pic of the newest ludicrous thing Wolverine is pimping; please, if you guys get any more, please send ’em to me. After razors, cheese pizza and vanilla cappuchino, I have no doubt he’ll be hawking maxi pads by the end of the week. (“Stayfree Maxis are strong enough to absorb even my adamantium claws!”)