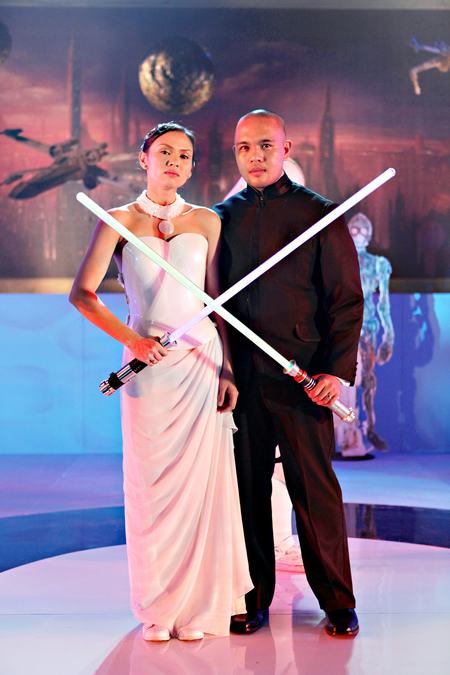 A lot of you have recently sent in a tip about a Star Wars wedding in England, where the bride and groom forced all attendees to come in costume or not come at all. It was nice, but I didn’t report it; we’ve seen that nerdery before. This Star Wars wedding is totally different, because it  has the bonus of a bride wearing a Stormtrooper-inspired wedding gown with armored bodice, which has rocked my fucking world to its core. Nerds Tiger and Issa got married in the Philippines last December, and took the traditional nerdy wedding to a whole new level — besides the dress, there was even a stage show for the wedding guests starring Threepio, Artoo , and a dozen Stormtroopers of various specialities in full costume. Check out the stunning photos by Pat Dy Photographywhich are inappropriately gorgeous and well-done for such a nerdy wedding. (Via Great White Snark)