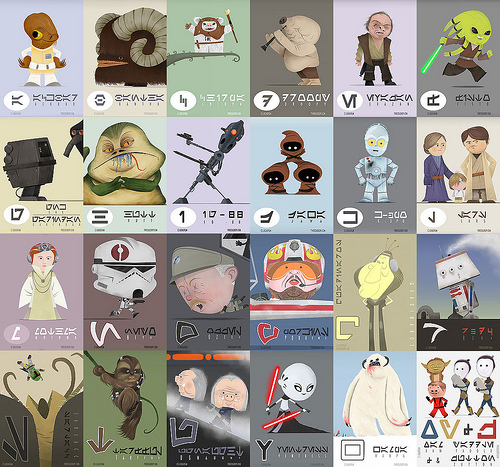 Here is the Star Wars alphabet, drawn by Tweedlebop. It is, without a doubt, the coolest thing you will see all day. That is all. (Via Toys R Evil)