I’m really digging DC’s Source blog. Although I don’t know much about DC Comics, it’s doing a great job of teasing new stuff with art in a way that I get and can get excited about. for instance, I did know that one of the Justice League’s first enemies was a giant starfish named Starro, which is just as fucking ridiculous as it sounds. Starro looked like this: 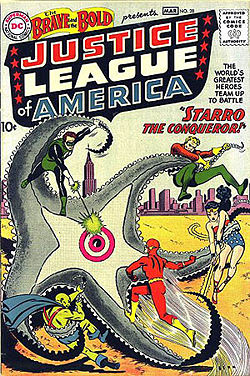 Now, DC’s Source blog teased this new image of Starro, done by J.G. Jones, for an upcoming and unknown project/title/series/something. 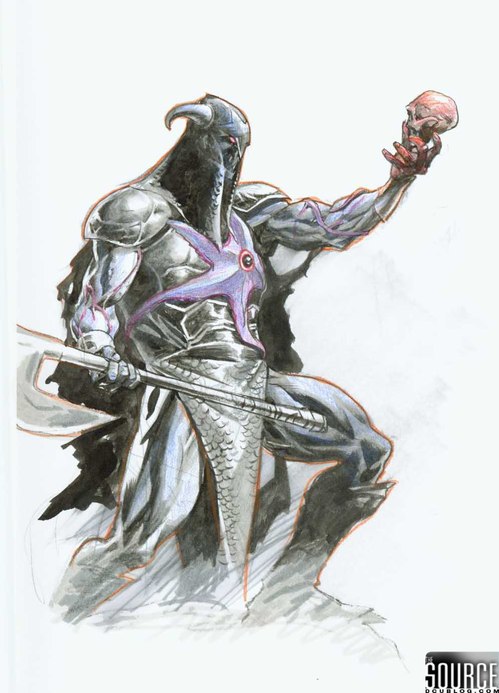 Starro always made me giggle. But a heavy metal starfish-man holding an axe and staring at a skull? That’s hilariously awesome. This is a starfish who’s ready to behead some goddamn superheroes, and listen to Manowar while he does it.