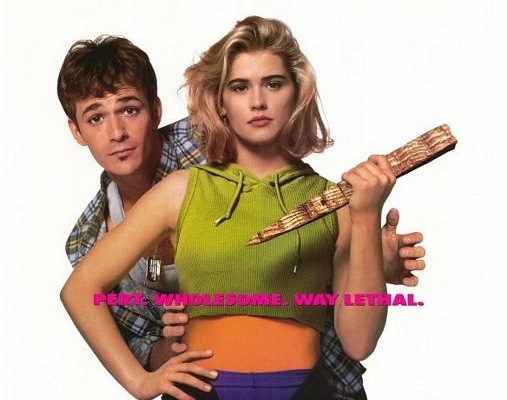 People say Hollywood is out of ideas. I don’t think that’s true, because the idea to remake Buffy the Vampire Slayer — a movie that utterly bombed upon release — but then also had a long-running TV show with a legion of ardent fans who would theoretically make up a new movie’s audience — but then to have the new movie have nothing to do with hit TV series — and most of all, to not involve Joss Whedon, creator of the franchise and sole reason it was ever successful, in any way — is an idea. It’s the worst fucking idea in the world, but it is an idea.

Oh, in other unnecessary remake news, looks like Disney is going to remake Flight of the Navigator, about a boy who finds a sweet-ass alien spaceship. I doubt any one is so enamored of the original ’80s flick that they’re that upset, and it’ll likely be just as popular as the recent Witch Mountain remake, which is to say not at all. (Via Hollywood Reporter)