So, you bought a Wii when it was hard to get. You and your friends had a very fun time with Wii Sports, probably while drunk. Then you played the heck out of Super Mario Galaxy. Then… nothing. More than a year of crap Wii games passed, and you went back to playing games on your PS3 or Xbox 360. The Wii just sat there, increasingly covered in dust, occasionally throbbing blue as a
meaningless update was downloaded. Happily, now E3 has passed, and there’s a reason to eventually turn the Wii on again — Metroid : Other M, New Super Mario Bros. Wii, and… well, there’s probably some other games, too. But aside from those two oases in the desert, you’re still likely to have one underplayed Wii for the next several months. Here are some ways to eke some use out of the system.

Remember when music came on physical discs of plastic that you had to actually go to a store and purchase physically? Yes, hard to believe mankind was once so simple and backward. Well, you may not know this, but the Wii can actually play CDs, or Compact Discs as they were called back in the 20th Century. Well, your Wii can play one of these old timey discs as well! Well, actually it can’t. No, not at all. Well, actually, it can but not without a lot of in the time and effort. But by hacking your Wii to bve able to play a CD, you will kill time for a couple of hours.

Making your own Mii is a fun way to waste a few hours and accomplish nothing. Instead of making a Mii that looks like it has a butt for a face, or your fifth Hitler, why not make Miis of your parents, an ex-lover, or someone else that has hurt you in your life. That way you will always have a cute, adorable little avatar that you can look at any time you want and just yell at until you finish your bottle of Jack and can no longer speak. For that extra release of aggression, you can pick the Mii up with your Wiimote and shake it up until you can shake no more and burst into tears. When you wake up from your ordeal, you’ll feel cleansed, and you’ll have the Wii to thank for it.

Yes, remember the GameCube, with its discs just big enough so that you could swallow them if they ever held secret spy information? Well, you can play them on the Wii. Yes, play games from the previous generation Nintendo console. You don’t have to have a GameCube taking up that enormous amount of space it took up, allowing you to finally install that full-size refrigerator you always wanted in your house, but the GameCube was just taking up too much space. This also ups the playable games on the Wii by at least ten percent! Sure, you have to use a GameCube controller, but hey, you’ve extended the console life by a miniscule amount! 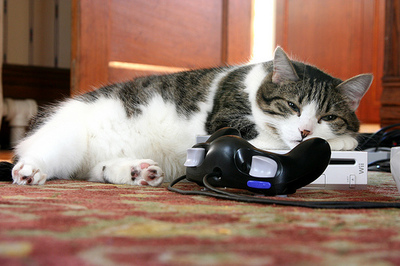 Perhaps your cat would like a nice, warming massage. After all, cats have a very active lifestyle, what with their sleeping, then eating, then sleeping, then destroying something of yours, then sleeping. The Wii is the perfect cat-sized device to relieve cat tension. Simply turn the Wii on, insert a disc, put it on the floor horizontally, and put your cat on it. Watch as those little kitty troubles melt away as the whirring white box does its work. You just have to make sure to clean out the drive slot of cat hair every five seconds.

6) Another Way to Drunkenly Send Messages to an Ex-Lover

So, your former significant other just doesn’t get that you are supposed to be together. Forever. Not separated. With some other person taking your place. You’ve sent enough messages requesting you get back together. You’ve sent enough pictures of you crying, what next? Well, the Wii can handle that for you. All you have to do is send a message to them through the Wii message board. Unless of course, they have removed you from their friends list like a bastard, because then you must take your Wii, throw it through their window, and set their house on fire.

5) Life-Saving Window-Breaking Device in Case of a Fire

Relating to that, a Wii is a very useful device for breaking windows not only to get inside of a house to start a fire, but to get out of a house that is on fire. All one needs to do is have the Wii handy. Fortunately it has its own vertical stand so it is in a position that is easy to grasp at a moments notice and fling very hard at the nearest window. Actually, you may find that flinging the Wii with great force on its own towards anything is quite satisfying. Especially when you’ve tried to play a multiplayer game and it won’t connect because for some reason Nintendo has no idea how to perfect multiplayer online games that everyone else perfected seven years ago.

From the inception of the Wii, iit was said it was going to come in more colors than white. Well, that hasn’t happened. Maybe if the sales ever start dropping. One upshot of it being white, though is that it makes a perfect dry erase board. It may take some doing attaching it to a wall, but where there’s a will there is a way. Once the Wii is in place, you have yourself a fine, albeit small little place to jot down notes, like “Pick up milk from the store,” “Buy more Xbox games” and “Do not plug this in now there is a giant nail through it.”

3) Excuse to Punch a Friend

You can play with the Wii, with friends, and take one good swing at a person who has really been getting on your nerves. The Wii is perfect for this because it’s motion-requiring games make it so that you can easily grasp a Wiimote in your hand and deck someone. Just sock them right across the eye, but don’t look at them while you do it. It will seem like a very common accident. Just keep in mind that the follow-up crack across their knees with a Wii Fit board will not be as easy to pass off as an accident.

2) A Place to Hide Important Papers

If no games are going to go into the Wii, might as well store some documents where no thief will find them. Birth certificate, social security card, you name it. No thief will think to look there. No thief will want to steal the Wii either, even in this down economy. Also, if you turn you Wii on, it can shred those important documents for you. Just remember that stashing your drugs in your Wii isn’t a very good idea. You don’t want to have to waste time cracking it open to get your fix. 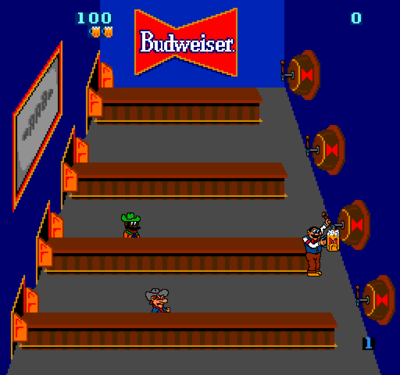 The Wii has many games that you played endlessly when you were young sold back to you at ridiculously inflated prices! Why not get a copy of donkey kong for $5? How about Mario Kart for $10? You can even buy a controller that attaches to your controller that is like those old-fangled controllers! Sure, the children in your house may berate you for the games being too boring, but you will be playing Contra until your eyes bug out, damnit! Also, congratulations, you’ve passed thirty. You are now old.?