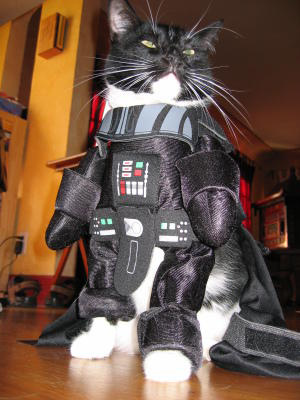 I had intended on posted some wacky video for the end of the day, but this cat force-choked until I agreed to run its picture. Mind you this cat is not a Sith Lord; it’s just a cat in a Darth Vader costume. I don’t know how had the ability to crush my windpipe with his mind — the goddamn thing doesn’t even have opposable thumbs. Frankly, I blame Great White Snark.