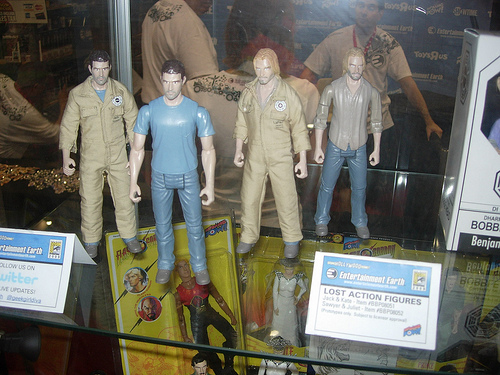 ?
Nah, not really. But Entertainment Earth has the first pic of Bif Bang Pow’s new (and articulated) Lost toyline, which at the moment includes two Jacks and Sawyers, one of each in their regular island duds and one in Dharma jumpsuits. I have no problem with the articulation, and I think the sculpting on Sawyer is great, but Jack? Not so much. Still, all I’m really worried about is getting a little Benjamin Linus to pathologically lie to all my other action figures.