Menu
Home
>
Comics
>
A Peek at the Potential Marvel Legends 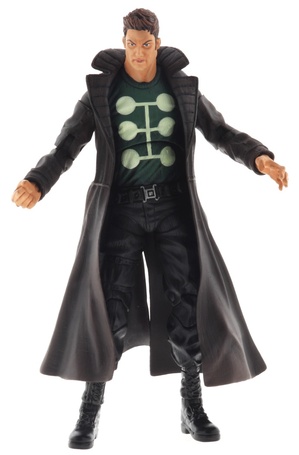 If you’re done with Marvel Legends — and I couldn’t blame you if you were — then I apologize. It’s just as a toy collector, I’ve been desperately following all Marvel Legends news for so long that it’s hard for me to not mention when something newsworthy happens regarding the 6-inch figures. For instance, Hasbro revealed three of the potential figures that they’ll be showing off at SDCC — Warpath, the Multiple Man and Lady Bullseye — and every nerdy cell in my body is screaming at me to mention. Remember, these are Fan Choice figures, so they have to be voted on to get made according to Hasbro:

“There’s a new wave of Marvel Legends 2
Packs on the way in 2010 and you help to decide who’s in them. The
basics are simple – six total characters, you pick three and we pick
three. Sound like fun? Voting for this all new Fan’s Choice will start
on July 22nd when we reveal all of the possible choices at San Diego
Comic Con.”

Head over to 16bit.com to see Warpath and if you want me to knock this shit off, let me know in the comments.