You know, aside from the fact that devotion to it will inevitably lead to a state not unlike humanity’s fate in Wall-E, where we all end up huge immobile globs of flesh, moving only our eyes on the screen in front of us, and our hands, to work the controls or lift our drinks… World of Warcraft is all right. It’s obviously fun —  over 11.5 million people have subscriptions to the MMORPG, and given that Cataclysm — the newest chapter in the game, announced as Blizzcon last weekend, is on the way with new character classes and new quests — we sincerely doubt that number is going to go down anytime soon. Still, WoW is not exactly perfect, and that’s even to the people who pay $15 for the honor of playing the game (people who don’t pay can likely find far more to grumble about). Here are 10 problems even the most dedicated Horde or Alliance members should be able to admit plagues the world of Azeroth and its plethora of PCs.

Let’s face it: World of Warcraft is designed to be addictive, just like cigarettes. There’s the ten-day “free trial” (as in: the first taste is free, baby). The quick succession of “victories” (getting to level ten in a day), followed by longer stretches between rewards once you’re hooked (leveling from 30 to 40: the dead zone of WoW). In a few years, we might have PSAs like the ones now running about Meth addiction. “Who told you that you could stay up all night in the Arathi Basin Battleground, son?” “You, okay? I learned it from watching you!” Remember: Parents who play Warcraft… have kids who play Warcraft.

?
It’s not bad enough that they crown the trade channels with offers to trade fake money for real currency; they also have to camp out at the best respawn points and ninja all the loot. Seriously, if we ever go to war with China, it’ll be for overcamping Toxic Horrors in Felwood, or Scarlet Spellbinders in Western Plaguelands. And really, that’ll just be historically embarrassing.

?
It’s bad enough that collection quests are sort of arbitrary in the first place. (Why does Captain Danuvin want only eight gnoll paws in Westfall?) But anyway, if the quest is to kill eight gnolls, then you should only have to kill eight gnolls. What you shouldn’t have to do is kill thirty-one gnolls so that eight of them happen to drop a paw when they die. Did the other twenty-three not have paws? Did I somehow happen upon a Gnoll Leper Colony? Sure, sure, you’re still getting XP and treasure along the way, but bad drop rates are not a good way to extend the play value of a game. Oh, and as an aside? Fuck you, Goretusk Livers. 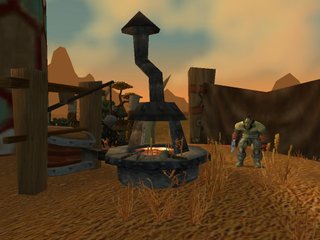 ?
One of the well-known limitations to quest rewards in WoW is that you can rarely use what you’ve won once you get past level 10 or so. After that point, you’ve almost certainly either found or bought or been given a better-quality weapon or piece of armor. Which is sort of a bummer, really. Sometimes, though, the game gets really insulting about it — like in the Horde quest “A New Ore Sample,” which you complete at a level somewhere in the latter 20s, and you get a non-magical, low-damage sword. Complete vendor trash. Based on how bad that reward is, players should really be given the option to knock Tatterneck Steelforge on his orcish ass and beat him to death while extolling the virtues of enchantments when dealing with higher-level customers.

6) The Uselessness of Priests 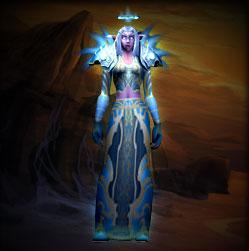 ?
Ever tried to solo a Priest? (Get your mind out of the gutter.) It’s unreasonably frustrating. Not impossible, but not a lot of fun, either. Simply put, there is no reason why Priests in WoW shouldn’t be able to wear heavy armor. It would at least give them a protection-edge while they’re playing the indispensable support role that they’re relegated to in most battles. Instead, the Priest seems to be limited to cloth armor because — well, someone has to be aside from the mages (though why Priests can’t move up an armor class or two as levels increase — as do several other classes — is still a mystery.) So instead of the D&D cleric with the mace and the mail, WoW gives us wimps with wand. Whoo-hoo. 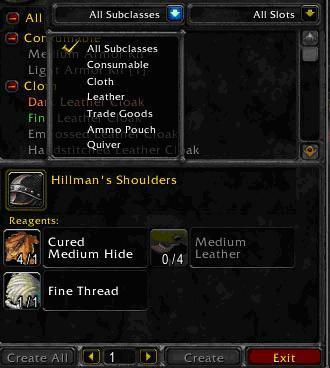 ?
The trouble with Leatherworking is that it makes so much sense for several classes early in the game — and then promptly becomes useless for half of them. Including one of the classes for which it makes the most sense: Hunters. But since Hunters get the opportunity to trade up to mail armor at 40th, Leatherworking becomes a heck of a lot less useful. Ultimately, it’s only of major use for Rogues, and for Druids (though that class tends toward Herbalism/Alchemy), which is a shame. (It makes a heck of a lot more sense to limit Hunters to leather armor completely, and allow Priests to gain mail armor ability at 40th instead.) Also, it’s a damn shame that Leatherworkers can’t craft things like bondage wear and bustiers and the like, because those would sell like hotcakes to junior-high school dudes on the Auction House. 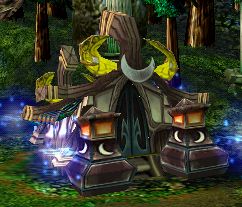 ?
I have nothing against Barrow Dens, per se. In fact, it’s sort of a cool name for what amounts to a root-filled dungeon. But seriously, do they have to be all convoluted and ridiculous? Does every last one of them need to be an homage to Zork? And if so, where are the Grues? If I find myself in a maze of twisty passages, all alike, then I fucking demand Grues.

3) Any and All Escort Missions 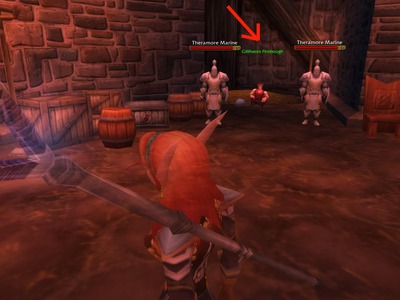 ?
Do you have all the time in the world, and nothing to fill it? Do you enjoy walking behind a character that’s apparently oblivious to any sort of threat, and content to amble directly into danger? Well then, escort missions are your cup of tea. And if you really like walking — I mean, if you really like walking! — try the Horde “Free from the Hold” quest, in which you follow a blood elf who shuffles all the way from Northwatch to Booty Bay before bidding you farewell. Ah, truly a quest in which you’d like to sap the guy, toss him over your shoulder, and dump his unconscious draggy ass at the feet of the quest-giver just to get it over with. 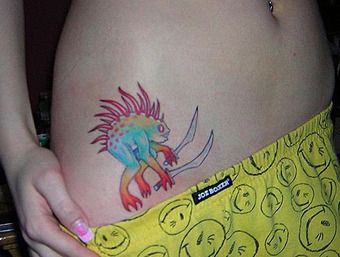 ?
Seriously, Murlocs suck. Slimy little pack-amphibians who always seem to be significantly more powerful than you when you’re quested to kill a bunch of them. Especially that early Alliance quest where you’re trying to “Discover Rolf’s Fate” (poor bastard never had a chance, in that area). You’ll often see high-level character just beating the shit out of lower-level Murlocs for no apparent reason. But there is a reason: sweet, sweet revenge.

1) The Green Hills of Stranglethorn 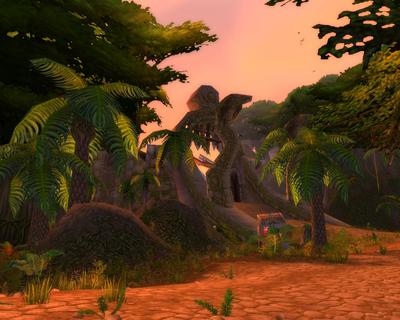 ?
I want to like this quest. It’s a parody of an Ernest Hemingway book, written by Hemet Nesingwary (anagram check!), all of which is sort of inexplicable and awesome. But not since Myst has a game required players to be so page-obsessed. Between the price-gouging that happens on the Auction House, to the constant search for that one or two pages that you’re still missing, to the amount of bag-space that trying to fulfill this quest will take up? Oh my god, so not worth it. And these challenges are compounded by the fact that you’re looking for fifteen pages of said book — but they’re random numbers. You’re not looking for pages 1-15, you’re looking for pages 1, 4, 6, 8, 10, 11, 14, 16, 18, 20, 21, 24, 25, 26, and 27. And those go together into four chapters, which must be collected and turned in individually. The reason for this? I don’t know; it makes no sense. It is, at best, poorly thought-out. It is, at worst, the World of Warcraft equivalent of the programmers giving you the stink-hand.