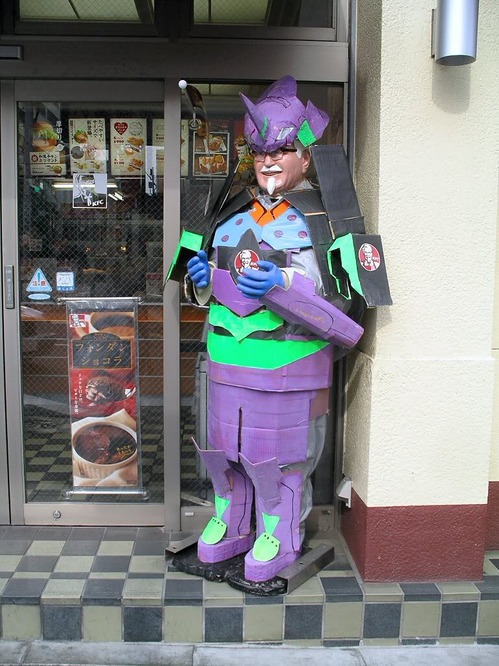 This is a statue of Kentucky Fried Chicken’s Col. Sanders, standing in front of a Japanese KFC, dressed like Unit-01 from Neon Genesis Evangelion. In related news, Japan is still fucking weird. (Via Three Steps Over Japan)