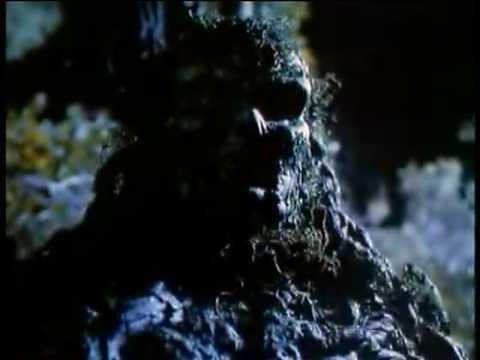 ?
Actor and stuntman Dick Durock — best known as Swamp Thing in both movies and the TV series — passed away on September 17th after a long battle with pancreatic cancer. From the South Bend Tribune:

[Dick’s older sister Judy] Schenk said her brother never expressed an interest in acting or stunt
work, but she was never surprised by his chosen profession. He was
always handsome, she said, and at 6 feet 5 inches tall and about 225
pounds, he had the physique to withstand the physical abuses inflicted
upon stunt professionals.

He also had an amazing drive, his brother-in-law said.

“He was single-minded,” Frank Varrichione said, “and when he went after and pursued something, he expected success.”

Dick
Durock’s early work included stunts for “The Beverly Hillbillies” and a
bit part as “Guard #1” in an episode of “Star Trek.” He would go on to
do stunt work in hundreds of films and television shows, including “The
Poseidon Adventure” and “A-Team,” and act in hundreds more, including
“The Rockford Files,” “The Incredible Hulk,” “Married with Children”
and “Stand by Me.”

But Dick Durock’s most memorable work was as the DC Comics
character Swamp Thing, a plant-like humanoid charged with protecting
the natural world from the abuses of man.

He played the
character in two feature films, “Swamp Thing” (1982) and “The Return of
Swamp Thing” (1989), and in a subsequent television series, also called
“Swamp Thing,” that ran for 71 episodes in the early 1990s.

Dick
Durock was practically unrecognizable in the physically taxing role,
which required him to don a heavy body suit and endure hours of makeup.

“At the end of the day you’re wearing 80 pounds of wet latex,” Dick Durock said in a 2008 interview for the Web site Mania.com, “plus all the chemicals on your face. It sure isn’t sunglasses and autographs, I’ll tell ya.”

But he enjoyed the work, Schenk said.

“He loved it,” she said. “He loved doing those crazy things.”

Man, I feel extra bad this happened on the 17th and I didn’t know until today. Anyone who epitomizes a cult role like that deserves more notice, and certainly, Dick Durock was Swamp Thing. Rest in peace, sir.