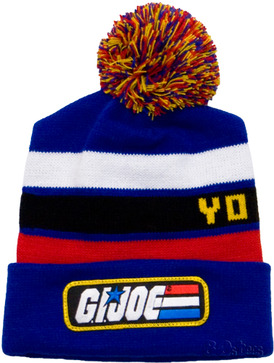 ?
Sure, summer is still winding down, but unless you’re Snow Job or an Arctic Viper, you’re going to need something to keep your head warm in a few months. These two caps — only $15! over at 80Tees, here and here — will do the trick nicely. A begrudging thanks to the otherwise horrible Great White Snark for the tip.