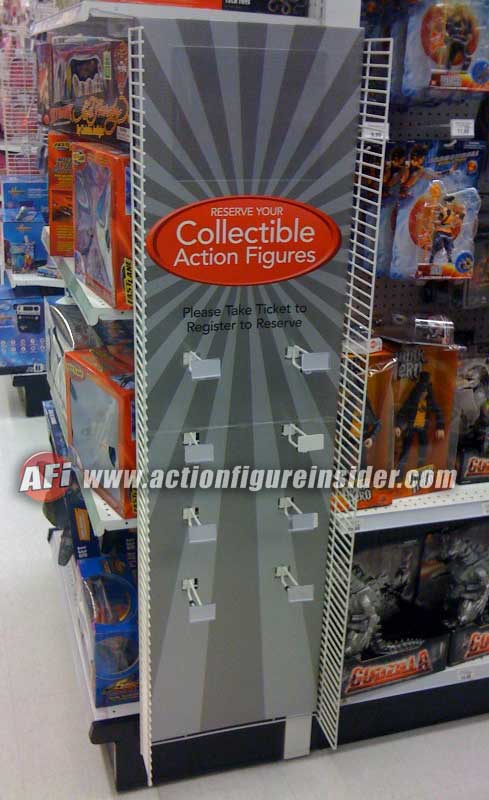 ?
Apparently so! Action Figure Insider reports — and I’m aghast this got lost in the TR newsbin for a while, because it blows my toy-obsessed mind — that some Toys R Us-es are actually letting folks reserve action figures like they do videogames. Right now, it’s being tested in just a few locations and for more collector oriented lines from NECA and Diamond, but man, that’s awesome. If it works, that’s good news for both collectors and Toys R Us. It would especially help with those lines that never seem to make in onto toy store shelves (*cough* MATTEL *cough*). Would you guys give this thing a try? Or have you long since given up and just order all your toys online?