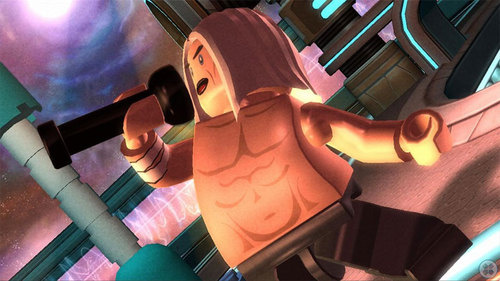 ?
Lego Rock Band is going to feature Iggy Pop — fucking Iggy Pop — as a Lego guy. This is so awesome I can’t stand it. I was discussing this with 16bit.com‘s Adam Pawlus last night, and we pretty much agreed if Lego/Harmonix offered an Iggy Pop Lego figure with the game, we would happily pay $60 for it, and we wouldn’t even need the damn game. That got us talking about how much we wanted Lego figures of David Bowie in his many personas (me) and Devo (Adam). Long story short, we’re getting a viking boat, sailing to Denmark, and going to fuck up the Danes until they give us the Lego rock stars the world so obviously needs. Who wants to come with?