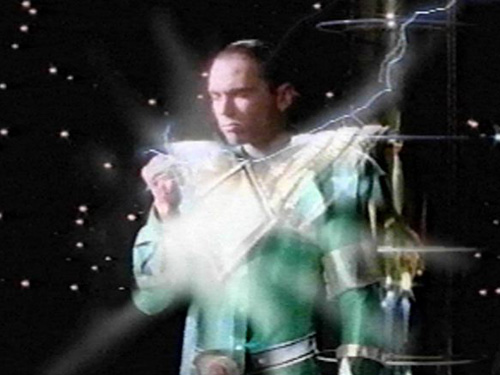 ?
Jason David Frank played Tommy Oliver in the first season of Mighty Morphin Power Rangers  (and several subsequent ones) — you probably know him better as the Green Ranger, and then slightly later, the White Ranger. Now, he’s this: 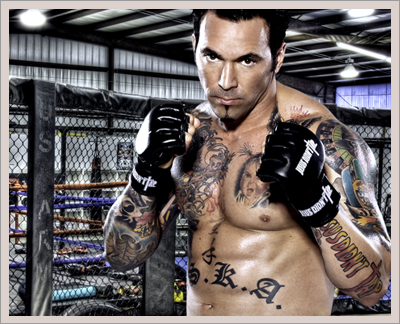 The former action star from the hit series “Mighty Morphin Power
Rangers” has officially made the move to mixed martial arts, and while
training with UFC lightweight Melvin Guillard, he hopes to make his
real fighting experience as successful as he did on television.

Frank signed on with Suckerpunch Entertainment recently and hopes to make his professional debut in the very near future.

“I
was supposed to fight in 2007, but it fell through. In truth, I’ve
wanted to put the work in until I’m ready,” Frank said in an interview
from the Suckerpunch website. “I know I have a target on my back.
Everyone is going to want to beat up the Green Ranger. But I am no
Kimbo; I’ve been training for a very long time. I wanted to get in
there before, but I got injured. But I’ll be ready when the time comes.”

If you think I’m going to make a joke about this at Frank’s expense, you are wrong. He has nothing but my utmost respect, and I’ll tell you why — do you know how many MMA fighters would love to beat the shit out of the former Green Ranger? ALL OF THEM. They would all love to be able to say they kicked the ass of the Green Power Ranger, and they’ll all fight him harder than practically any other opponent. Frank is walking in the ring with the equivalent of the world’s biggest “KICK ME” sign on his back and he doesn’t care. Frank has some serious balls on him, and I am nothing but impressed, even if he gets his ass morphed by the other fighters.