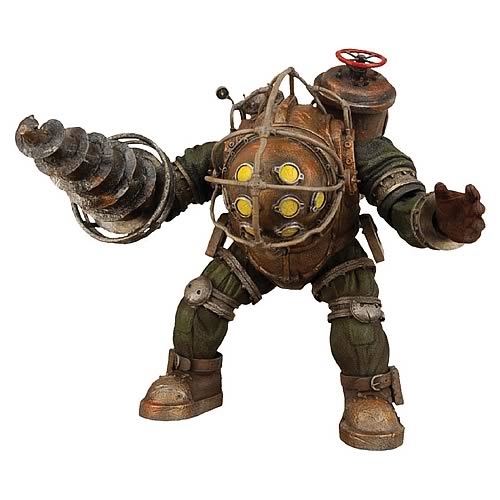 ?
Just a reminder that NECA’s awesome Bioshock Big Daddy figure is available for pre-order, including places like Entertainment Earth, which has it for $20. Although they don’t say the size, I imagine it’s bigger than most of NECA’s regular figures, since it weighs more than two pounds, but no one’s listing the size. It’s due out next month, so if you pre-order it, you won’t have to wait long.