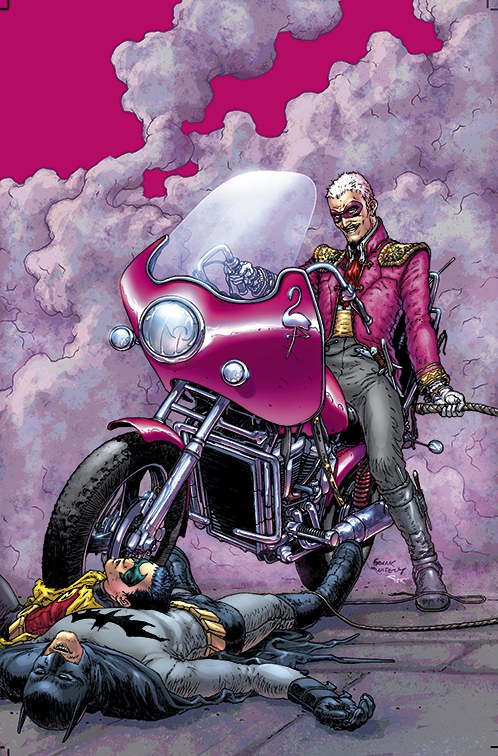 ?
So DC’s Source blog just unveiled the new cover to Grant Morrison’s Batman and Robin comic, and HOLY SHIT I THINK BATMAN’S GOING TO FIGHT THE LOVE-CHILD OF PRINCE AND FREDDIE MERCURY. This is the Flamingo, who Batman Group Editor Michael Marts’ claims is Batman’s “most dangerous, psychopathic,
murderous foe…think again. Meet the ‘new crime’ in Gotham City — the
FLAMINGO!” I assume that’s ridiculous hyperbole, but then the Flamingo looks like ridiculous hyperbole — Robot 6 even noticed that the Flamingo’s bike is clearly a pink version of the one Prince is riding on the cover of Purple Rain, and man, I just can’t stand how awesome this. So awesome that I’m braving showing an all-pink comic book villain after the debacle in the Sugar Daddy Ken comments yesterday? Yes, that awesome.

Update: As per this pic from RedS*n, the Flamingo eats people’s faces. That is all.