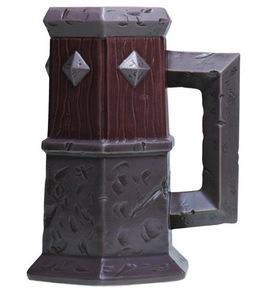 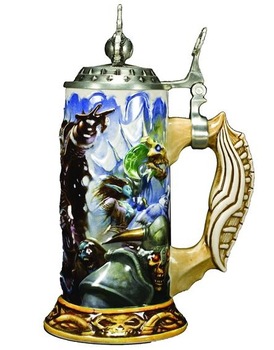 ?
You know what’s not cool? Nerds in general, like World of Warcraft players — no offense, it’s not like 30-year-olds who are still emotionally attached to Masters of the Universe are cool either. But you know what is cool? Drinking. So even I, a non-WoW-player, would like to offer my support of these official World of Warcraft beer steins (please don’t call them ale steins, because then you’re just making them less cool). On the left is the “Tankard o’ Terror,” which looks rugged and basic and no particularly terrifying, and on the right is the Lich King Epic Stein, which will probably look cool to people until they get close to it and realize it’s covered with dragons and shit. At the moment, both tankards are available for pre-order here, and are due in January. Salud!