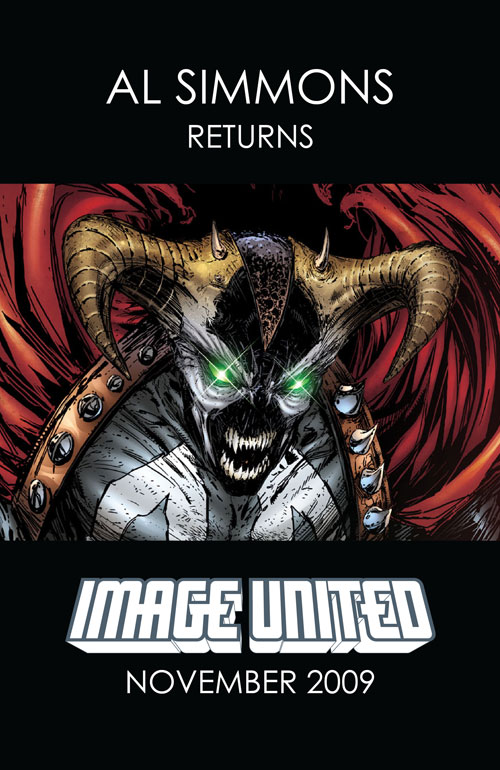 ?
Bear with me. Now, I don’t report much on Image Comics on TR, not for any particular reason, just that they seldom do anything big enough to warrant mention on my general purpose nerd site. So now that they’ve done something neat, I definitely wanted to mention it.

Image is doing on of those company-wide crossovers like Marvel and DC do every three months that are so loved. The arc will be called “Image United,” and obviously, that’s not the interesting part, although it will be written The Walking Dead’s Robert Kirkman and illustrated by all of Image Comics founders (including Liefeld). The interesting part is that all the Image heroes will be battling one major villian, and that villain is… Al Simmons. The original Spawn. Apparently Al blew his brains out with a shotgun quite some time ago, and Spawn’s been someone different ever since. Now Al Simmons is back from hell and coming to take over the world.

Look, I know not all of you are riveted by Spawn anymore (if ever), but I admire Image’s balls in taking their first and best-known hero and transforming him into the biggest villain of their universe. It’d be like if Marvel suddenly turned Spider-Man evil, or DC did the same to Superman, which they would never do. Admittedly, Image doesn’t have the cultural currency of Marvel or DC, but it’s still a bold, impressive move, and one I thought worth mentioning. So there. (Via Comic Book Resources)