Let’s face it, most horror movies are remembered for their iconic killers, trademark murders, creepy ambiance or number of boobs revealed in an average 90 minutes. Generally, horror movies belong to the young, nubile teenagers and 20-somethings getting hacked and slashed, but what about our elders? Where do they belong in the world of horror, assuming they’re not the killers themselves? They’re usually relegated to the “crazy” or “mystic know-it-all” camps and we’re here to celebrate them. We here at Topless Robot have watched hundreds of hours of horror movies only to compile this list of the absolute nuttiest elderly folks in the history of horror who aren’t doing the killing themselves. 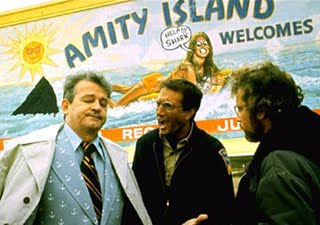 ?
Okay, we can buy the mayor of Amity not buying Chief Brody and Matt Hooper’s concerns regarding a shark attack in the original Jaws, but after the events of that first movie, maybe you should start listening to your resident shark-killer hero sheriff, even if it looks like he’s just seeing things. You wouldn’t want to be responsible for the deaths of even more rich, white New Englanders would you? 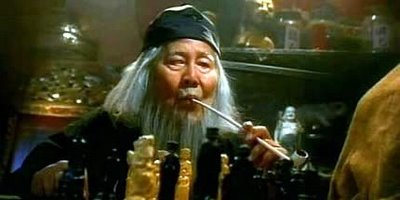 ?
Here’s the deal. If you’re this big time mystic dude charged with watching over a Mogwai — a creature capable of spawning inumerable monsters just waiting to destroy small towns and send old ladies through plate glass windows — maybe, just maybe you shouldn’t sell him to a pushy inventor who sucks at his job. Instead, Mr. Wing decides “Screw it” and lays down a few ground rules for Billy’s dad. Jesus man, you don’t see the guy watching over the nuclear bombs just handing them out to anyone assuming they can follow three “simple” rules.

8) Old Miner from My Bloody Valentine 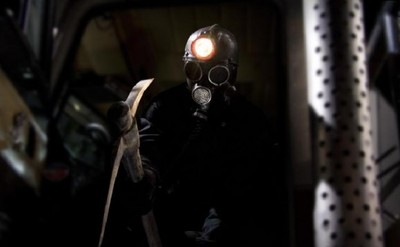 ?
We like practical jokes as much as the next person, but maybe it’s not the best idea to set up an exact replica of the gear that a psycho killer’s wearing while killing various townsfolk. We recommend spending less time in the mine and maybe getting some fresh air every now and again old timer.

It should be a generally accepted principle that being nice is good and being an ass warrants punishment. And sometimes, when you’re such an ass to the new neighbor kid, his lady friend and his robot you deserve a head-exploding basketball to the head from the robot/girl hybrid sure to come about in a weird Wes Craven movie like Deadly Friend.

Jason Crockett’s an old school kind of guy. He owns this island in the south and has this big July party planned to celebrate his birthday and the birthdays of three other people in his family and NOTHING will get in the way. Including the deaths of several of those family members at the hands…er, claws, of frogs, snakes, birds and other creepy crawly creatures. So steadfast is Crockett that he even refuses to leave his home while his three living family members and Sam Elliott escape as thousands of frogs attack his house. How can this end? Only with Crockett getting attacked, alone and in his wheelchair listening to records, by an army of amphibians who somehow kill him. That’s what pride gets you folks, death by frog.

Call it Golden Girls Gone Wild, or just Lake Placid, as Betty White’s Mrs. Delores Bickerman admites to killing her husband, tells a man that she hopes the wild crocadiles running loose in her lakeside neighborhood eat his friends and even feeds the crocs cows with a smile and a “Come and get it.” But just like a real Girls Gone Wild video, in the end, she gets eaten by a crocodile. That’s what we’ve heard at least, we’ve never made it through a whole GGW.

He wasn’t the first and he won’t be the last, but Ralph has become the prototypical “crazy old guy who lives in a small town and warns a kid or two about the menace they were innevitably face”. He and his ilk usually get ignored only to be be proven right within a few dozen minutes. So, the moral is, when a crazy old man claiming to be an agent of God comes up to you and says “Doomed! You’re all doomed!” you should probably listen to him while you can, as he’ll get iced in the next flick and stuffed in a small kitchen space.

Though it’s been dubbed “the best worst movie” of all time, Troll 2‘s Grandpa Seth doesn’t grab the top spot on this list. Partly because his grandson can barely say his name without sounding like he’s got a mouthful of marbles, and partly because, even though Seth appears out of nowhere (after supposedly being dead) to stop his family from eating frosting-covered goblin food, there’s crazier and far more disturbed old people to come.

2) Dr. Loomis from Halloween: The Curse of Michael Myers

Donald Pleasance’s Dr. Loomis should get a pass after his brilliance in the first two Halloween movies, but by the time he reached the sixth installment (his and Michael Myers’ fifth) our boy had clearly lost his fucking mind. He’s survived more attacks from The Shape than anyone else in the history of cinema, including an explosion that left him scarred only to finally bite it in a movie starring a young Paul Rudd that reveals Michael’s connection to druids. We think we’d be a little loopy after living in abject terror for 30 years, but we hope that we wouldn’t spend the entire movie yelling at everyone, even the people who seem to be on our side. It’s like he’s stuck on 11, with absolutely no inside voice.

Old people can be pretty damn scary, take Grandpa Chapman for instance. He’s been catatonic for God knows how long. Even his own grandchildren don’t want to visit the old geezer, and why would you? He’s just going to sit there and stare off into the distance, drooling all over the place. What could be worse? How about, as soon as Billy’s parents leave the room, Grandpa Chapman springs to life only to put the fear of God and Santa into the boy threatening “You see Santa Claus tonight, you better run boy. You better run for ya life!” And you know what? Crazy Grandpa Chapman was right, as Billy’s parents get brutally murdered in front of him by none other than Santa.