Menu
Home
>
TV
>
Your Heroes Schadenfreude of the Day 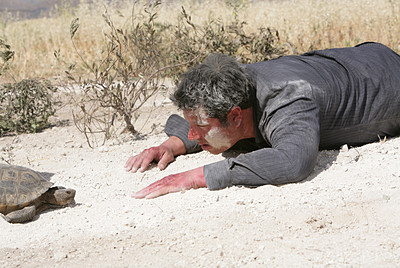 ?
If you’ve been watching Heroes… my condolences. Although the season’s supposed theme is “redemption” and there have been some cool bits scattered about the show’s five episodes so far, there’s mostly been nothing. No storytelling, no character development, nothing but boredom, and occasionally boredom with a rainbow-shooting cello accompaniment. Heroes‘ solution? Kill somebody! From E! Online:

Sources over on NBC’s Heroes confirm to me that a major death is in the
works, and this is not one that will go unnoticed by even the most
casual fan. It is huge. So who is it? Well, you know how these things
go…We can’t come right out and name any names. (Unless someone can
hook me up right quick with the Witness Protection Program?) However, I
will tell you that this leading character is a male [and]he is one of
the original cast.

Furthermore, the cast member apparently had no idea that he was being offed until he read the script, according to this rumor reported by Entertainment Weekly‘s Michael Ausiello on the same day as E!’s rumor.

So who is it? The male leads are Peter Petrelli, Hiro, Matt Parkman, HRG, Ando, and Sylar/Nathan Petrelli. Now, Zachary Quinto surely wants out of Heroes since he’s a big movie star now, but I doubt he’d be particularly devastated to be written off the show. I also doubt that Milo Ventimiglia would mind being killed off, but I don’t think the Heroes writers would kill him either. As for the rest, anyone’s game — the Heroes writers have no fucking clue what to do with any of these characters, so it’s not like they’re narratively needed. However, my guess is on Greg Grunberg/Parkman, because he’s the one character who actually has an interesting storyline this season, what with imaginary Sylar in his head turning him evil, and I have little doubt that the Heroes‘ writers’ stupidity extends to killing off the one character they seem to currently know how to write for. It just seems like what they’d do.

Oh, a little more schadenfreude — the lesbian-riffic episode from Monday? Still finished fourth behind Fox, CBS and ABC. Sorry, Heroes — maybe you can talk Hayden Panetierre into going to second base?