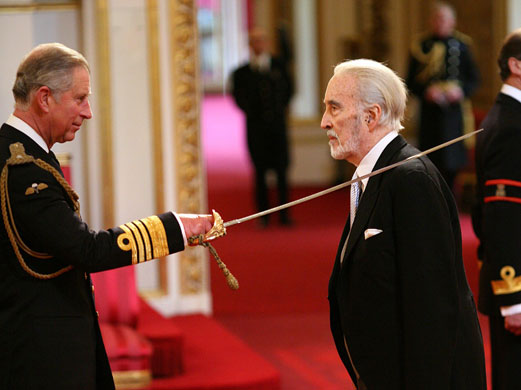 ?
On October 30th, actor Christopher Lee was knighted by Prince Charles on behalf of the Queen for his services to drama and charity. I couldn’t be more delighted, because it couldn’t happen to a more awesome actor. Lee’s 60+-year film and theater career covers every genre, and by all accounts he is incredibly nice, humble, and very likely the pretentious actor of his immense stature that ever was. This has been long overdue, but I’m so, so happy for him that it happened. Congratulation, Sir Christopher! You’ve more than earned it. (Via The British Monarchy)