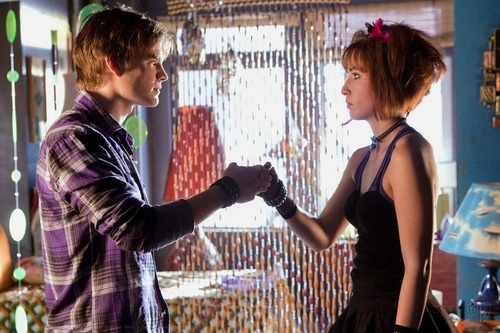 ?
Here they are. Zan and Jayna. I didn’t really expect them to have pointy ears (what was with that, anyway?), purple jumpsuits or needlessly weird haircuts, but I also didn’t expect them to look like the least threatening ’90s rockers ever. Are they supposed to be lame? Because they’re the Wonder Twins? Because if so, it’s working, and if not… better get Gleek on the phone, ASAP. (Via io9)