Menu
Home
>
Daily Lists
>
The 8 Trippiest Twists of The Prisoner

A perfect storm of Orwellian paranoia, audacity, and ’60s pop aesthetics, The Prisoner (1967-68) has held a strong cult following for 40 years, and its impact can be seen most recently on a little show called Lost. Created by British TV star Patrick McGoohan (also the show’s lead) and writer George Markstein, the show revolved around an unnamed British agent who resigns from his duties, gets abducted, and wakes up on the fairy-tale-like island known as “The Village.” In the Village, everyone is known only by a number, and our protagonist is given the assignation Number 6. There, everyone dresses like mods and dandies and are under constant surveillance. Freedom is made unattainable by the bizarre and ominous Rover; a giant white ball that emerges from the ocean and suffocates fugitives before bringing them into custody. No. 6 is also constantly at odds with  No. 2, the right hand man to the Village’s unseen overlord, No. 1, and the power struggles between 6 and 2 drive the majority of the episodes. 6 is never directly told why he was brought there, while the episodically changing cast of No. 2s do everything in their power to find out why No. 6 resigned. All of the twists, turns, and dead ends lead up to one of the most controversial finales in television history, and an epilogue that is still being argued over today.  This Sunday, AMC’s reinterpretation of The Prisoner begins, but before Jim Caviezel slips into 6’s shoes, let’s take a look at the biggest twists tackled by McGoohan and the audience during the original stint in the Village. Warning: major spoilers ahead. 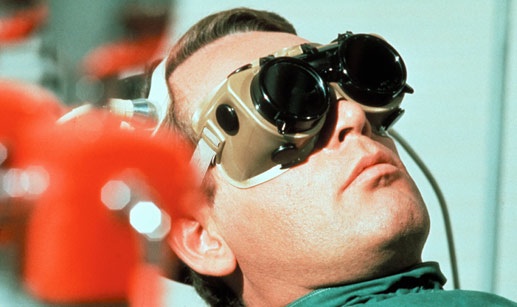 ?
Outside of the Village, a Professor Seltzman develops a method of transmitting two people’s consciousness into one another’s bodies — mad science 101. Then he goes MIA and No. 6 is the last known person to see him before he disappeared. In order to find Seltzman, No. 2 (Clifford Evans) decides to swap the minds of No. 6 and a man known as “The Colonel.” The switcheroo is a success and No. 6 (inside the body of the Colonel) awakens in London. He manages to track down Seltzman and both are brought back to the Village — which appears to be an oddly simple process involving gas. Thinking everything is going according to plan, No. 2 allows the Colonel to leave the Village in a helicopter. But it’s actually Seltzman’s consciousness in the Colonel’s body! See, when all three minds were pulled back, Seltzman pulled a fast one and he “changes three minds at the same time!” Where does this leave No. 6? Well, still stuck in the Village. But man is Seltzman one clever bastard. 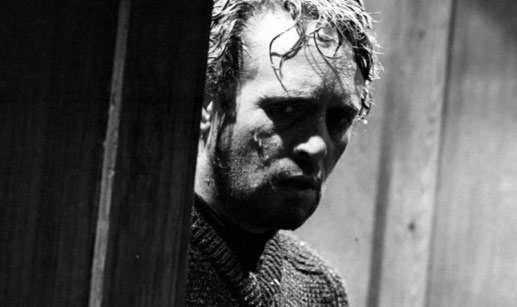 ?
First off, possibly the most remarkable note about this episode is that there is no dialogue for more than 16 minutes. And there’s no English dialogue for about seven more. No. 6 awakens to find the Village mysteriously deserted. That should be his first clue that they’re toying with him again. After taking several photographs of the Village for evidence, he builds a raft and sets sail for London. After some adventures on the high sea, he makes it to land and his old apartment which is now occupied by a Mrs. Butterworth (the inspiration for the world-renowned maple syrup, I’m sure). No. 6 confronts his old employers and spills the tale of the Village onto them, urging them to let him take them there. But do you really think it would be that simple? Taking a raft back to London? The jig is up when he takes them to the Village’s location, only to be greeted by No. 2 (Georgina Cookson), who is Mrs. Butterworth. 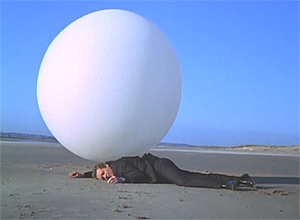 ?
The Prisoner‘s Rover is hands-down one of the most mesmerizing and odd beings in science fiction television. It acts as the Village’s security system and also as the symbol of ultimate authority. When an “orange alert” is called, the Rover shoots up from the watery depths of the surrounding ocean, and glides at high speeds across land until it apprehends/suffocates the fugitive. As the Rover glides and bounces through the Village, every citizen appears to freeze in place; allowing the Rover to go about its noble business unhindered. No explanation is ever given as to how it’s controlled or if it’s conscious, but there is a truly striking moment in “Free for All” in which several guards are seen apparently worshiping around a glowing Rover. Is it actually a Village Deity?

?
One of the Village’s science goons, No. 14, develops a risky method of getting inside No. 6’s head to extract information. This method allows them to transmit his dreams onto a screen and manipulate them by inserting three agents No. 6 knew while in the service (A, B, and C). Convinced that No. 6 was going to sell his secrets to one of these agents, No. 2 (Colin Gordon) uses the implants to try to discover what these secrets were. The first two dreams basically involve No. 6 looking very GQ and kicking ass at a party, but shit gets real in the third dream. At this point, No. 6 figures out their ruse and takes the reigns of his dream, exposing the masked “C” agent. And it’s No. 2! This twist is rather predictable, but the presentation is fantastic. No. 2 is watching himself get exposed on screen; as confused as the audience. A true “you can imprison my body, but not my mind” moment. 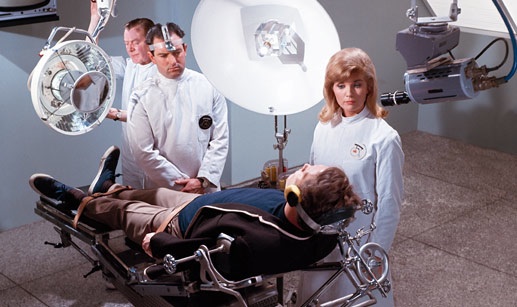 ?
This episode really displays the sadistic mob mentality of the numbered villagers living in the Village. No. 6 is put under further investigation (is that possible?) for yet more insubordination. This time it’s for working out in a gym he constructed in the woods. Think he’ll exercise in the Village YMCA? Fuck that. He’s labeled “unmutual” by No. 2 (John Sharp) and the Village newspaper, the Tally-Ho, and forced to undergo “Instant Social Conversion;” a brainwashing procedure administered by No. 86 which uses light to poke around in the frontal lobes. This, of course, is just a front for the real mind-altering approach: drugs. No. 6 is only duped into believing his mind was toyed with, the real deal are the drugs that No. 86 tries to slip into his tea. Being the suave MF he is, No. 6 pulls the ol’ switcheroo and No. 86 ends up drinking the drugged cup of tea. The doped up No. 86 then publicly derides No. 2 and declares that it is he who is “unmutual.” The villagers then go berserk on No. 2 and chase him until he presumably flees the Village. Wouldn’t this have been a perfect time for No. 6 to make an escape of his own? Yes. But No. 6 must have some kind of Gilligan complex or something. 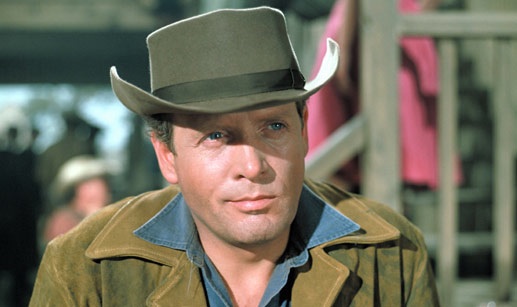 ?
The opening of this episode sets up a great “alternate universe” type episode, in which the Village is set in the wild west town of “Harmony” — rather than…wherever the hell the Village is set. Rather than the classic opening, this episode features a western parallel, with No. 6 slamming his badge down on hissuperior’s desk rather than his resignation papers. Awesome. What follows is an old-fashioned cowboy romp, Prisoner-style, meaning hallucinogens are involved and a woman gets choked out by a jail guard known only as “The Kid.” No. 6 ends up falling for said choked-woman — which was the plan all along. They wanted him to fall for her so they could manipulate his drugged-up ass even more. But this is the Village, bitches, and guess what? She’s not even real. No one in Harmony is! They’re all cardboard cutouts! Even the fucking horse! Let’s hope you’re never at a party where that nightmare drug is getting discreetly slipped into women’s Zimas. The Kid’s mental breakdown at the end of this episode brilliantly comes back to the surface in the finale. 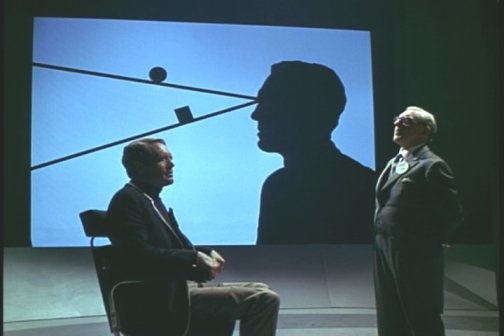 ?
Elections are held for the position of No. 2 (Eric Portman), and 6 is encouraged by the current No. 2 to run for office. At a rally, No. 6 defiantly proclaims to the citizens of the Village that he is not a number, but a person along with several other revolutionary declarations. Later on he is given the chance to question the Village Council, and No. 2 warns him not to get too “personal.” Being the incorrigible Prisoner that he is, No. 6 calls the council a “farce” and a “20th century Bastille.” For his behavior, No. 6 is subjected to a bizarre “truth test.” Where a basic polygraph test would normally suffice, a truth test in the Village involves light manipulation and brainwashing out the ass. No. 2 has a beastly constitution on him though, and it’s only after a Rover attack and second brainwashing, that he finally gives in and wins the election. But what does he really win? Nothing. It was just the higher-ups toying with him the whole time. It even turns out that No. 2 wasn’t who we thought he was. I mean she was. Dun-DUN! 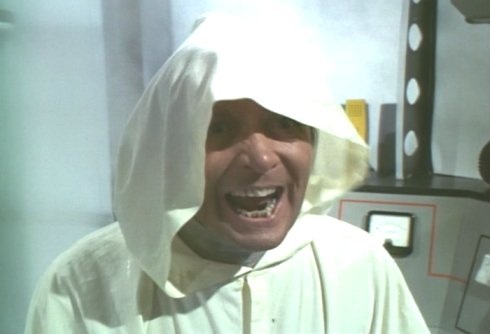 ?
Christ, where do we even start? As stated in the introduction, The Prisoner‘s finale is the stuff that mindfucks are made of. It offers no concrete answers, which in my opinion would have been bullshit when you look back at the whole series as a whole. How can a show that hemorrhages so much symbolism and cerebral themes have any cut-and-dry solutions? Anyways, while they never hold your hand through any kind of closure, the finale does serve up some primo twists. As a 4th and down attempt to break No. 6, No. 2 (Leo McKern, back again) locks himself in the Embryo Room with him for a week to undergo “Degree Absolute;” a series of tests mirroring Shakespeare’s Seven Ages of Man. This is actually way goofier than it sounds and involves a lot of No. 6 acting like an infant while the midget butler plays piano. In the end, No. 6 passes the ultimate test and is given the opportunity to leave the Village, but then the Council offers to make him leader. No. 6 manages to confront No. 1 inside a cylindrical metal structure, and unmasks him to reveal… a chimpanzee mask! Then this mask is pulled away to reveal… Number 6 himself! Wha? Of course, the meaning of this reveal is never explained and completely open for interpretation. Very literaly, McGooghan was in charge of the show, so it’s a cute nod to have him unmasked as No. 1. But from a narrative stance that is an absurd slap in the collective face of the audience. Could it have been another hallucination? Or a body double as we’ve seen used previously in “The Schizoid Man?” Either way, it doesn’t end there. The Village is evacuated. No.’s 6, 2, and 48 (The Kid from “Harmony”) escape in a loading truck driven by the midget butler. They get back to London and No. 2 waltzes into the House of Parliament as if he works there. The butler and No. 6 return to his old apartment, and as No. 6 drives away in his Lotus Seven S II, the door of his apartment opens by itself… just like the doors in the Village.

Does No. 6 ever really leave the Village? Is the Village meant to symbolize the trappings of modernity? Was No. 2 somehow working for Parliament the whole time? Beats me, but that’s what keeps the original Prisoner series so compelling after all these years.