?It’s unclear if the marketing teams at Hasbro and their Japanese counterpart Takara are really naive or just share a sick sense of humor. Several Transformers over the years have been given names sure to get them beaten up by their peers on the playroom battlefield and chuckled at by adults who appreciate quality juvenile comedy. To be fair, a good number of Transformer names we’ll be pointing and laughing at today are likely the result of mangled Japanese to English translations, but that doesn’t make them any less amusing. Hasbro, on the other hand, created some real howlers on their own — our favorite non-specific Transformer name being the Headmasters — and they have no excuse. These are the 30 most unfortunately named Transformers, usually because their monikers remind us of bodily functions or humping. What else did you expect from a site called Topless Robot? Thanks to TFU.info for most of the pictures.

?No wonder he’s so mad at the Matrix. His name sounds like a condom size! At least it’s impressive one.

?What happens when you got the late night desire but not the fire, and just want to get back to sleep.

?Does he transform into a comfortable shoe, or is he just a lazy bum-bot?

?He’s that embarrassing Transformer your grandma knitted for you with material from the Yarn Barn.

?Maybe on Cybertron he is, but he ain’t no Marilyn Monroe by Earth standards. Oh, who are we kidding? We wouldn’t’ turn him down… 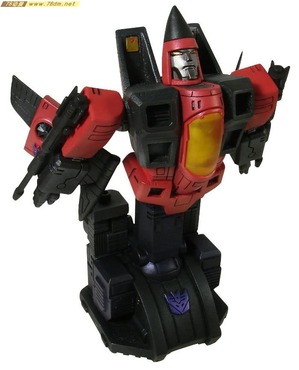 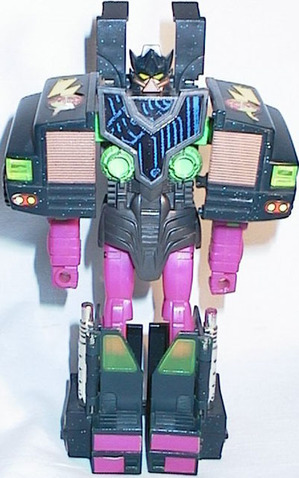 From the Kamasutra Book of Decepticon Baby Names.

?Fun fact: If your parents bought you Vroom, there’s a good chance they thought you might be retarded.

?How the hell do Transformers get fat? Never mind, we probably don’t want to know.

?You knew Hasbro was really hurting for ideas when the made the Emotionally Neediest Transformer. 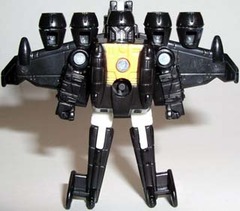 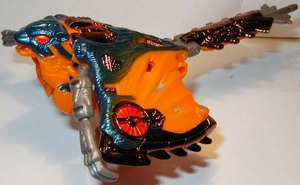 ?
Hasbro offers a full range of Transformers products for all of your lubrication needs.

?Interestingly, Gas Skunk’s breath is always fresh and minty, but no one can ever tell because his body reeks of skunks and farts.

?All right. We were almost willing to let Hot Rod slide, because it can also be a term for a car. But then we remembered when he got the Matrix he changed his name to Rodimus Prime. Obviously, the dude just really liked rods.

?Move along, folks. Nothing to see here. Until he was recolored into Fire Marshal Mike, anyway.

?The Insecticon named Bombshell used to implant cerebro-shells in people’s brains so he could take over their minds. I cringe to think what this guy does.

?No, it’s not another fine sitcom from the minds that brought you “Two Guys, a Girl and a Pizza Place” or “Zoe, Duncan, Jack and Jane.” It’s what happens when you sleep in on the day they’re giving out Transformers names and all the Optimus Primes and Metroplexes are already taken.

?Windbreaker races towards his enemies like a mighty wind, bursting across Decepticon lines with explosive force. Is that fear he smells?

?Hey, what’s Huffer doing out in the garage?

?Nothing stops her from slaying Decepticons, not even her genital herpes. Even Transformers can lead a healthy and heroic lifestyle with Valtrex!

?Buildings ain’t all he’s putting up.

?Don’t let your parents catch you playing with him under the covers.

?Seriously — if this comes out of your penis, call a doctor.

?The collective name for six Decepticon warriors who can merge together to form the giant Liokaiser. Each robot wears a chest plate that transforms into an animal battle partner. What, did you expect a bunch of Transformers swinging around their giant mammaries on the battlefield? It’s a real shame that’s not the case, because they would have been the ultimate Topless Robots.