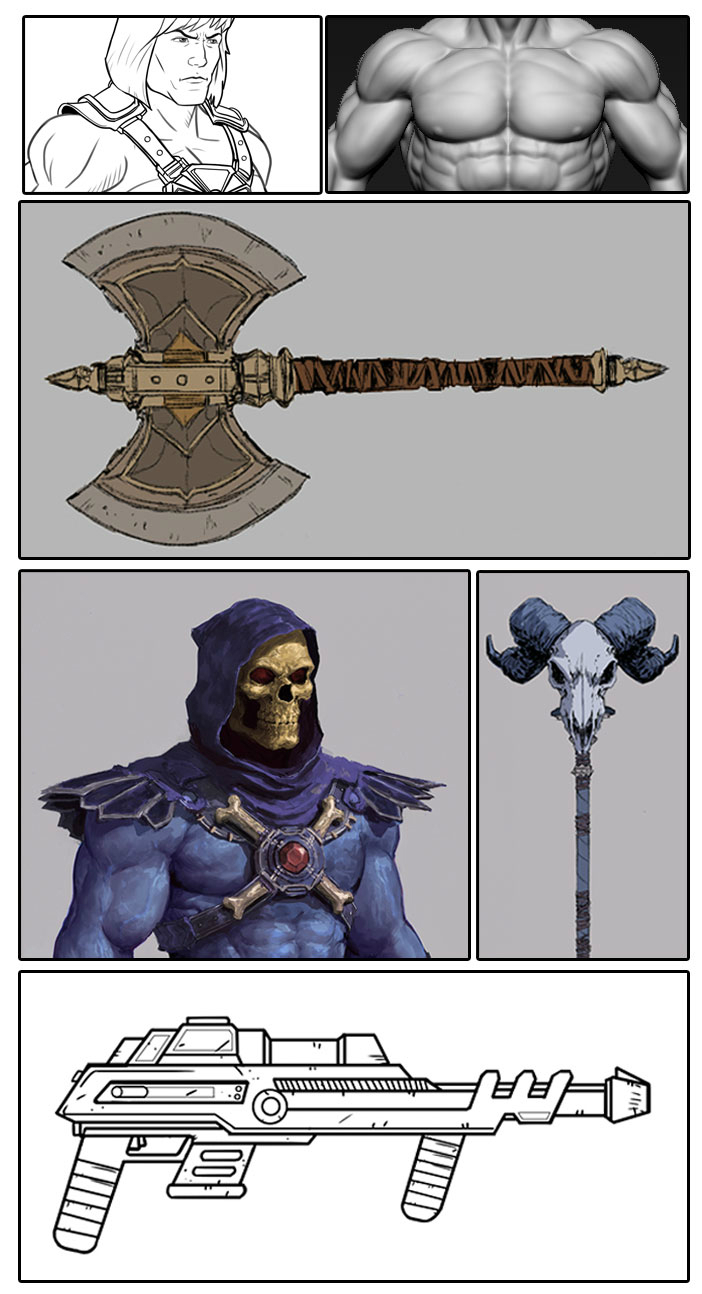 I got a sneak peek at some of this in progress back at Comic-Con, but was sworn to secrecy. Now, in advance of this weekend’s full reveal at Mondo Con, we get some more concept art revealed, including a look at the digital file for the base torso. In addition, you can see part of the actual Skeletor sculpt in progress at He-Man.org. They’re going for designs that mix all the different eras – but most importantly, I think, is that there’s real personality in the designs, which is something that can’t just be copied.

I kinda wish they sucked, because I know they’re gonna cost too much for me. But looks like yet another win for Mondo…even though that’s Webstor’s gun and it never came with He-Man or Skeletor!