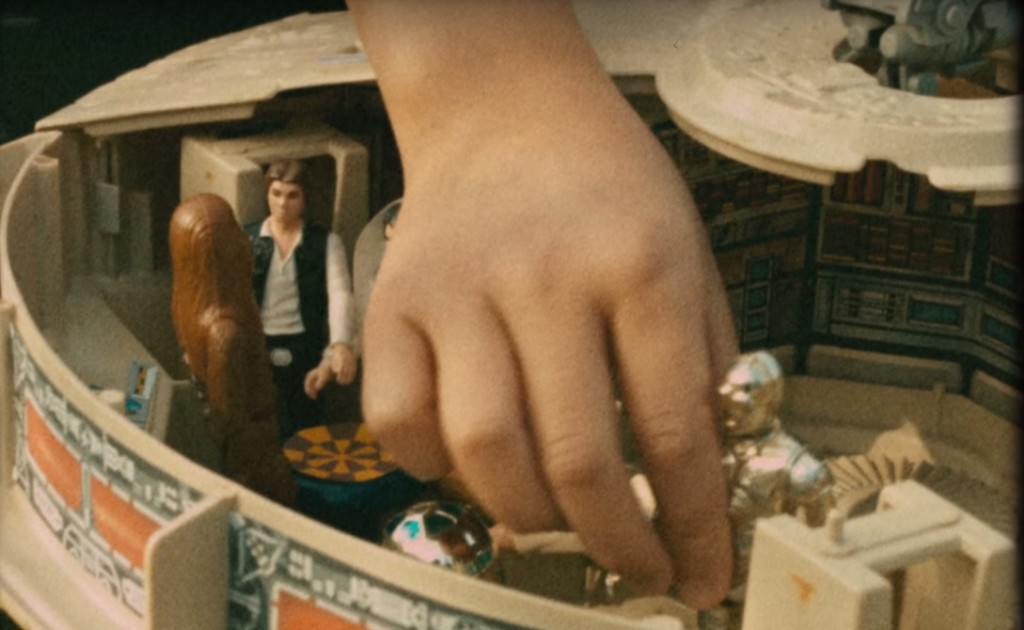 There is at least one major issue with the credibility factor here – the Millennium Falcon toy was not released until Christmas of 1979. That isn’t really the point, though (there’s no way the kid could have edited in those movie sound effects smoothly, either), as the “twist” ending will demonstrate, but nor is said ending, exactly. The joy here is the way it recaptures just how those first 3.75 action figures were avatars of the imagination – and how in an era before the giant playset became de rigeur, we would make our own. Now that they are prohibitively expensive, I assume and hope kids make their own again.

I’m old enough to have had these toys on the first run. If you can say the same, this will bring back memories. If you can’t, know that this is pretty much what it was like, minus the movie camera.

via Sons of Geekery