I first saw Eli Roth’s The Green Inferno two years ago at a film festival in its complete form, but I think the delay might actually have been all to the good. In a 2015 climate of online discourse that, in broad strokes, is often characterized as supposed “Social Justice Warriors” versus “Mens’ Rights Advocates,” all of whom seem to actively seek out things to be offended by from the other side, Roth’s film drips with utter contempt for people who passionately take up a radical cause without understanding quite what they are doing, or listening to opposing points of view first. Though he says he was inspired by the Joseph Kony viral video, it can’t be coincidental that Roth was part of a wave of horror filmmakers whose work was smeared as “torture porn” by people who, in many cases, hadn’t seen them (or had and misunderstood them) but sought their banishment anyway. In a lot of ways, this feels like revenge – the simplistically protesting protagonists are naive dupes at best, cynical manipulators of good intentions at worst, and in the end, nothing gets better. But such is the tradition of the cannibal exploitation movie.

As embodied by Italian found-footage progenitor Cannibal Holocaust, and the cheesier-but-more-fun Cannibal Ferox – though both are preceded by Werner Herzog’s Aguirre, the Wrath of God, from which many of the genre tropes originate – the cannibal flick generally involves well-intentioned white people traveling down the Amazon to find a lost tribe. When they do, invariably one of the group turns out to actually be a bad guy, and winds up killing one of the locals, either deliberately or by accident, at which point the rest of the natives go full flesh-eater and take gruesome revenge. Even though it’s usually clear they were provoked first, this is pretty obviously a troublesome, politically incorrect premise for many, and it isn’t too surprising you don’t see revivals as often as you do of zombie films. 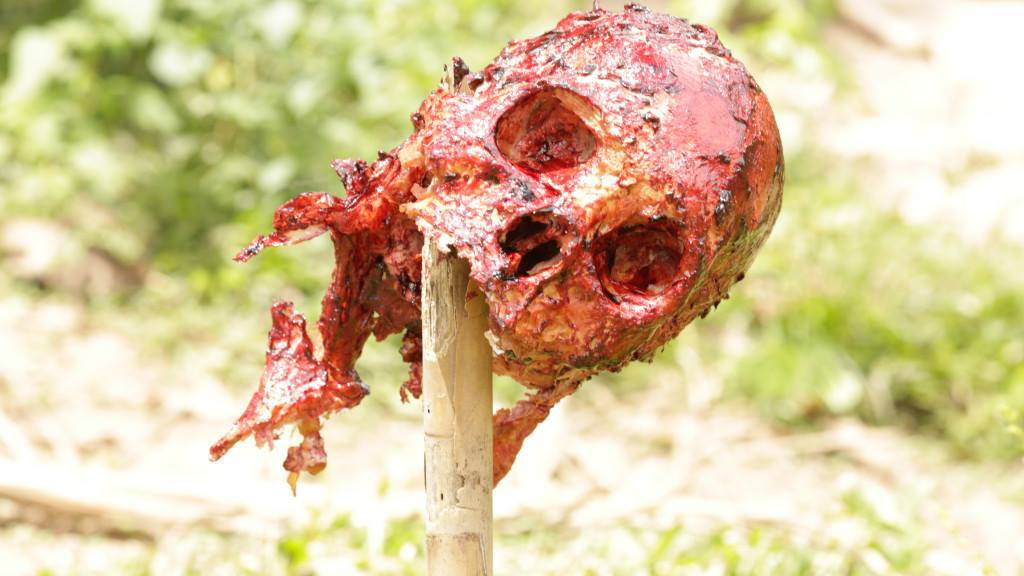 The title has a double meaning – most obviously, the Amazon rain forest as seen here is very green and very much like hell, but you can also read it as referring to the “green” environmental activists who get burned, first figuratively and then literally, in homemade ovens. Just as Friday the 13th and its ilk celebrated the massacre of dumb jock bullies and clueless horny hotties, Roth savors every chance to violently butcher his group of radicals who are just as likely to pick on you nowadays if you don’t meet their purity standards. I can’t recall the last time I’ve seen a director have such obvious contempt for his characters, and it’s hilarious – lost amidst talk of the movie’s gore and potential insensitivity is the fact that it is consistently and deliberately very funny too. Let’s face it – this is a movie in which captured college students stuff a fresh corpse with marijuana so that the cannibals who cook it will get too stoned to fight them. Naturally, they forget one of the key side-effects of the drug at their peril.

Justine (Roth’s wife Lorenza Izzo), whose wealthy father works for the United Nations, feels her privilege acutely, and even though loud protesters for janitors’ rights on campus wake her up every morning, she finds herself drawn to the handsome features of ringleader Alejandro (Ariel Levy). Naturally, when he blows her off and rejects her as insufficiently radical, that only makes her more attracted to his…cause. Before long, she’s part of a group headed to the Amazon to stop a construction crew from bulldozing land that’s home to indigenous peoples. (In a change from tradition, the student group is an equal-opportunity, racially and sexually diverse bunch of fools.) 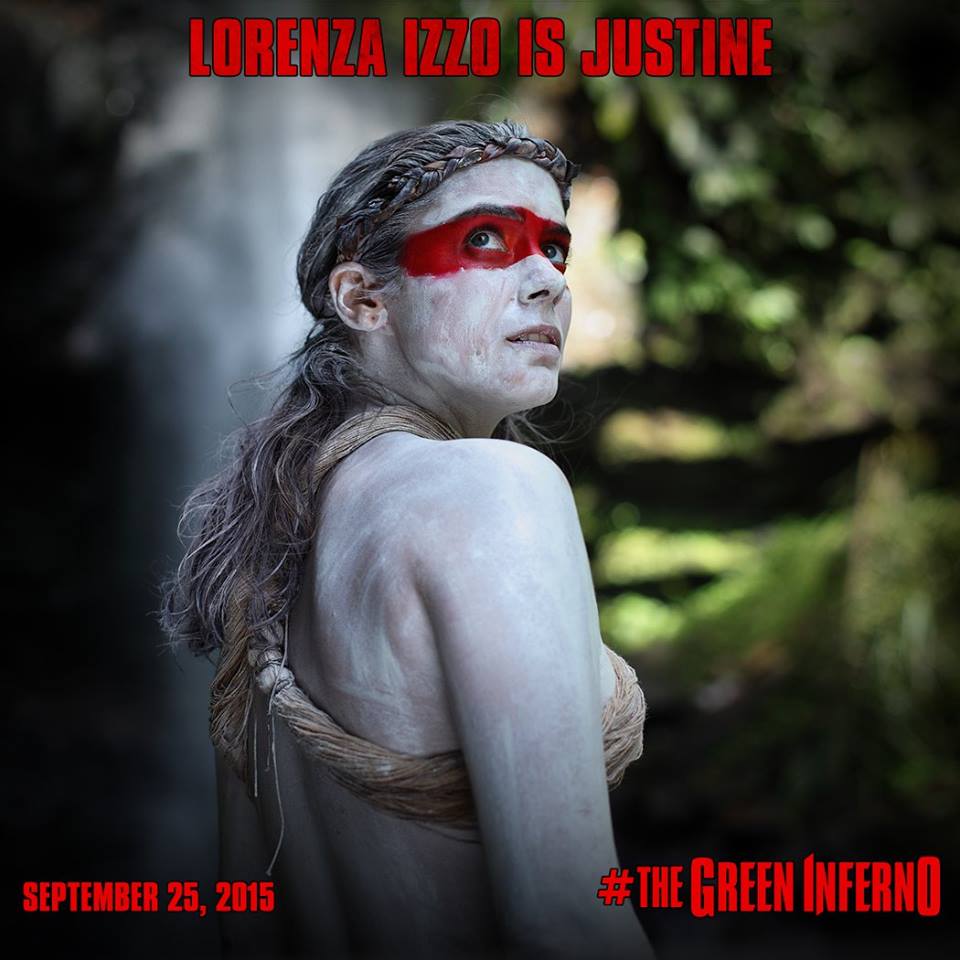 Infiltrating the construction crew with stolen coveralls, the kids start filming, and they get the Twitter-trending hashtags they believe will save the rain forest. With a job well done, or so they think, they are sent packing back home on a small plane..which promptly crashes elsewhere in the jungle. And still in the coveralls, they are mistaken by the locals as part of the wrecking crew, which is not good for them. For those who survive the crash, it’s time to get served up for a darker fate.

As a fan of the older cannibal movies, I’ve been hoping someone would try a revival for a while now. Roth could have pretty much copied the older films and I’d have still been a sucker for it, but he makes it fresh with some updated twists on things, and a story that turns out to be slightly more involved than one expects. Unfortunately he does not have the kind of amazing theme music as his predecessors – it’s fairly standard score stuff, which the Italian directors did anything but. Here, take a listen…

In fairness, almost no theme music is that awesome today. But Roth couldn’t have tried to get slightly closer?

Still, if you like the “classics,” Eli Roth made this for you. If you’ve never seen one, it may be the only one you need to. And if you think it might offend you, it will – I’m not sure he’d have it any other way.

There’s a mid-credits tease for a sequel – Hostel/Cabin Fever/Green Inferno shared universe, anyone?