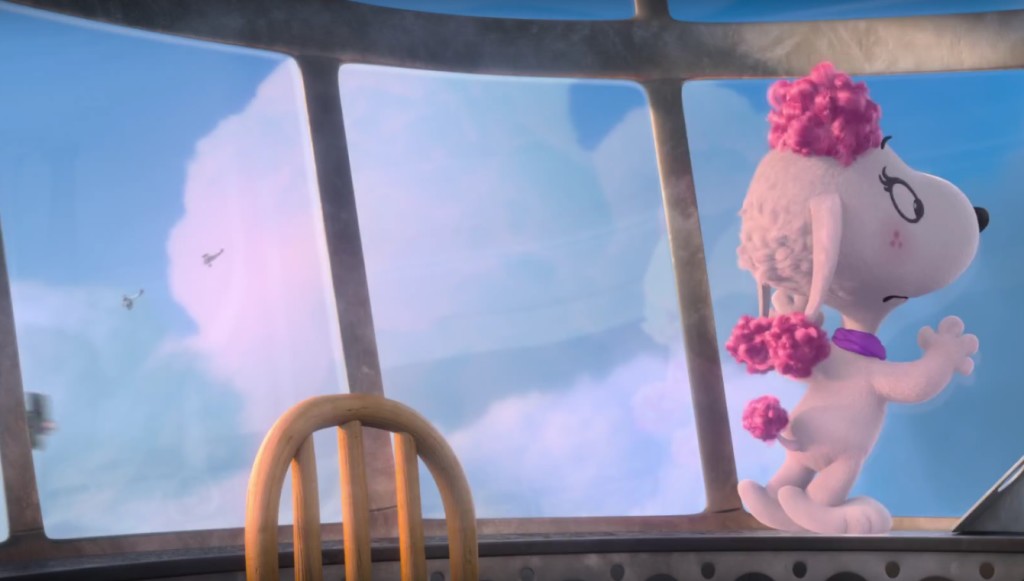 For those of you who hate the idea of any era-specific songs in a Charlie Brown tale, this will be the deal-breaker. Should they be playing modern pop at an elementary school dance? For posterity, probably not. For a current family audience, I don’t know that jazz or classical would have sounded somehow more realistic.

The important thing is that it doesn’t seem cynical – a Peanuts movie should understand the negative impulses that lead to cynicism, but never give in to them, and so far, this still seems on the right side of the line. It also just made me realize for the first time how the dogs in biplanes in Pixar’s Up were totally based on Snoopy.