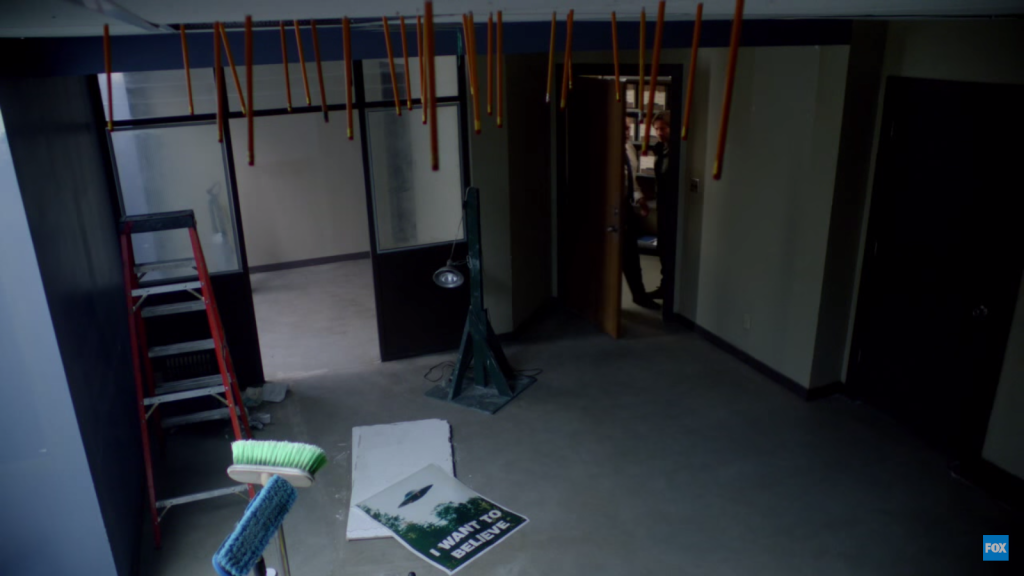 So, didn’t they figure out the conspiracy before? Something about aliens having been around forever, using bees and black goo to inseminate humans for some reason?

Nope. There’s always more. But in the post 9-11 world, both conspiracy theories and conspiracy realities (this would happen the day Edward Snowden joined Twitter) are mainstream – so it looks like Mulder gets some help from a thinly veiled Alex Jones-type radio host (alas, not a version of that History Channel guy with the Star Trek hair, which would have been funnier). As this is a limited miniseries, we can hope not just that the truth is out there, but that it may be succinct enough to figure out by the end. Or is that asking too much of The X-Files, generally?

It’s time once again to hear that theme music which will make you try to whistle even if you can’t.