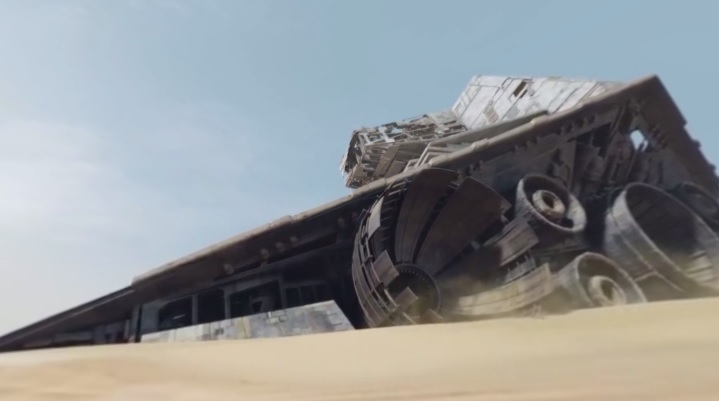 Facebook is debuting 360-degree videos today, wherein you can point your “camera” any direction you like – presumably, the end goal is to utilize these on virtual reality devices so you can turn your head anywhere. To make sure we’re all paying attention, one of their launch videos is from Star Wars, giving you the chance to look around Jakku while riding like Rey.

Speed across the Jakku desert from Star Wars: The Force Awakens with this immersive 360 experience created exclusively for Facebook.

You don’t really learn anything new about the movie, but the sights and sounds are briefly fun.