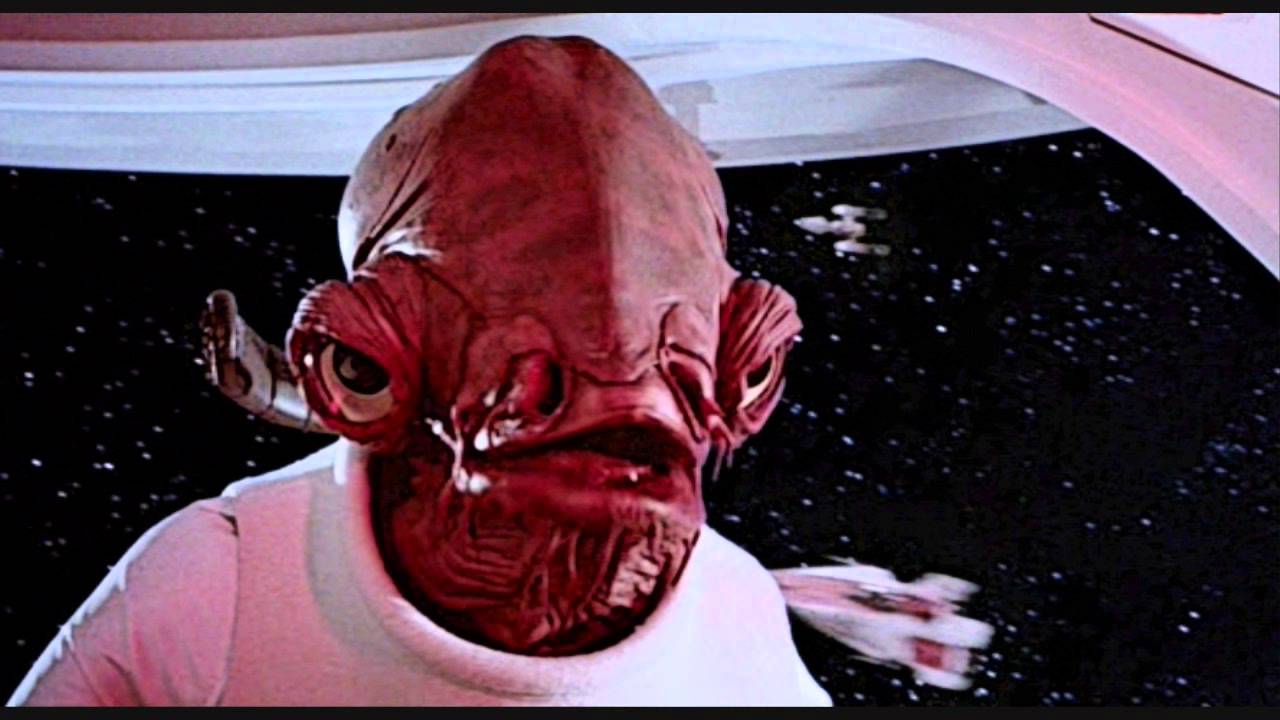 It seems that in Australia, actor Tim Rose, who played Ackbar previously, expressed some frustration with the movie’s secrecy and confirmed he will be in it, along with “a smorgasbord of people you love.”

“Out of the need to be secret, we’re not actually able to get everything we need to do our jobs as well as we could,” he said.”And as someone who has been doing it for 35 years, I find it very frustrating.”

Rose works as a puppeteer and gets into a full-on costume to operate and play the animatronic character of Admiral Ackbar.It is a role he never expected to return to, likening the arduous conditions of acting in the costume to Guantanamo Bay.

Rose said a lot of people think anyone can don the suit and the results will be the same, but he argues every puppeteer brings something unique to their character.

If anyone can do it, you might wanna be careful, Admiral. When a reporter baits you into complaining about a production, it’s…well…dammit, it’s on the tip of my tongue what it is…

Seriously, though, I’ve heard that one of the new post-Jedi novels has the “hilarious” running gag of Ackbar thinking everything is a trap, which is exactly the sort of fan service bullshit I don’t want. He said that line ONCE, and he was entirely correct. Ol’ Popcorn Shrimp Head had other lines too.