Menu
Home
>
Cartoons
>
Diaclone, One of the Toys That Begat Transformers, Is Making a Comeback 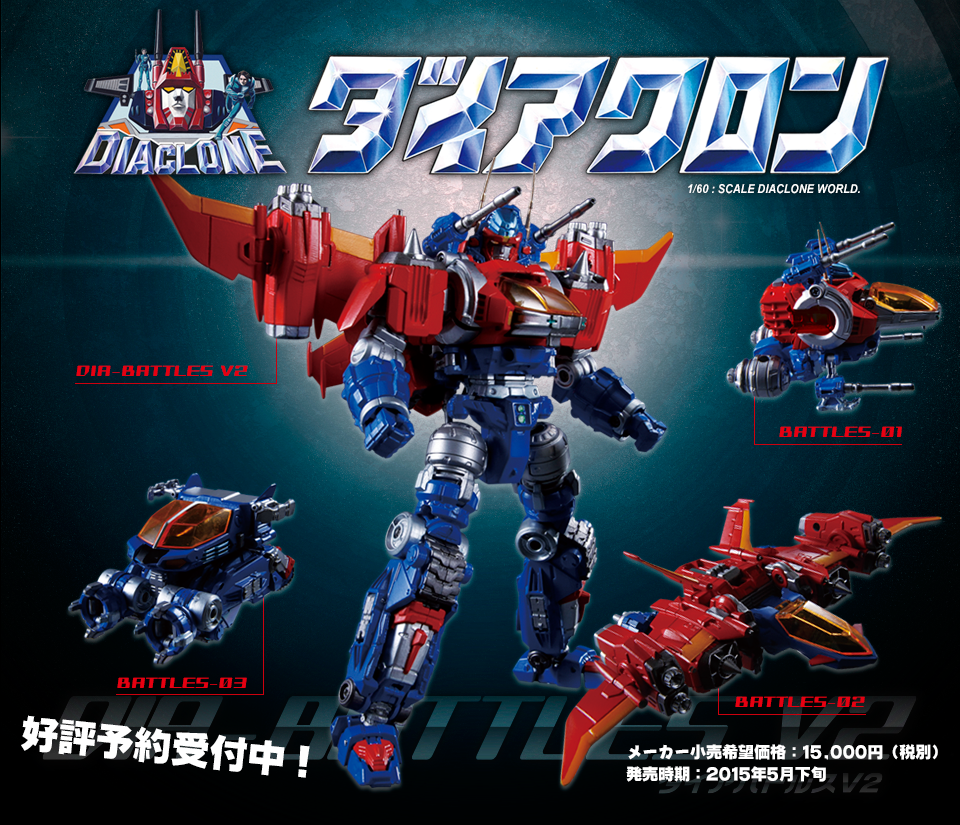 Transformers fans may remember that the very first figures were a rebranded combination of two separate transforming robot lines – Microman Micro Change, which featured the real-scale objects that would become the likes of Megatron, Soundwave and Perceptor; and Diaclone, which featured vehicles, sometimes with tiny pilots.

The vehicles are making a comeback, though this time – perhaps to distinguish them from Transformers – they have a more Voltron vibe, with multiple vehicles combining to create one robot, which size-wise will be comparable to Masterpiece Transformers.

So far, it’s hard to deduce a lot more without being able to read Japanese – but there is this commercial, which translates literally to “Diaclone die battle scan V2, Whatever combined!”….