Menu
Home
>
Books
>
Doctor Who Is Getting a New Teen-Cast Spinoff, Class. Because You LOVE the School Scenes 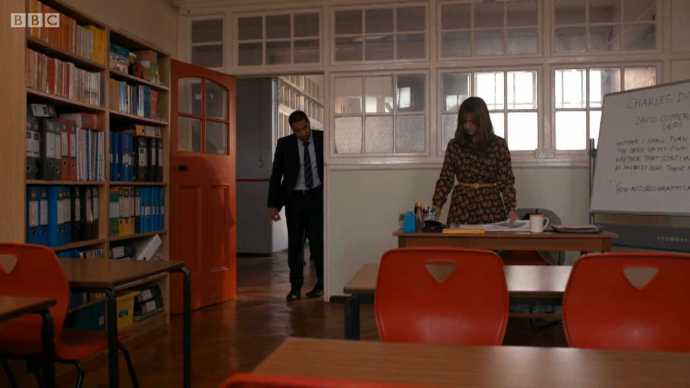 Hope you liked all those scenes of Clara in the classroom, because in what I presume is an effort by the BBC to get the most usage out of the school sets they already built and paid for, you’re getting a whole series out of Coal Hill School.

Class is a YA series set in contemporary London. Incredible dangers are breaking through the walls of time and space, and with darkness coming, London is unprotected. With all the action, heart and adrenalin of the best YA fiction (Buffy the Vampire Slayer, The Hunger Games), this is Coal Hill School and Doctor Who like you’ve never seen them before.

Steven Moffat says, “No one has documented the dark and exhilarating world of the teenager like Patrick Ness, and now we’re bringing his brilliant story-telling into Doctor Who. This is growing up in modern Britain – but with monsters!”

I’m not familiar with Patrick Ness, but he is apparently known for a series of books called Chaos Walking, about a world where all women are dead, and all men and animals have audible thoughts. This seems contrary to our notion of “YA” as predominantly female-centric, but I will say it sounds more interesting than many of Moffat’s ideas.

I presume it’s unlikely Jenna Coleman will be a regular.